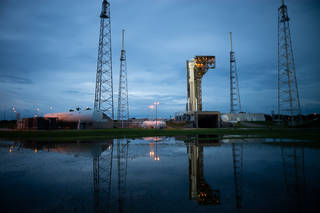 NASA and Boeing are continuing discussions on the status of the Orbital Flight Test-2 (OFT-2) mission, and will host a joint media teleconference at 1 p.m. EDT, Friday, Aug. 13, to discuss the second uncrewed flight of Boeing’s CST-100 Starliner spacecraft to the International Space Station, as part of the agency’s Commercial Crew Program.

Participants in the briefing will be:

To participate in the teleconference, media must contact the newsroom at NASA’s Kennedy Space Center in Florida at: ksc-newsroom@mail.nasa.gov by 12 p.m. for the dial-in information.

The OFT-2 mission will launch Starliner on a United Launch Alliance Atlas V rocket from Space Launch Complex-41 at Cape Canaveral Space Force Station in Florida. After launch, Starliner will dock to the space station before returning to Earth in the western United States as part of an end-to-end test flight to prove the system is ready to fly with crew aboard.

iednewsdesk May 21, 2022
Going outside for just a few minutes each day can improve your overall wellness, from relieving stress to…