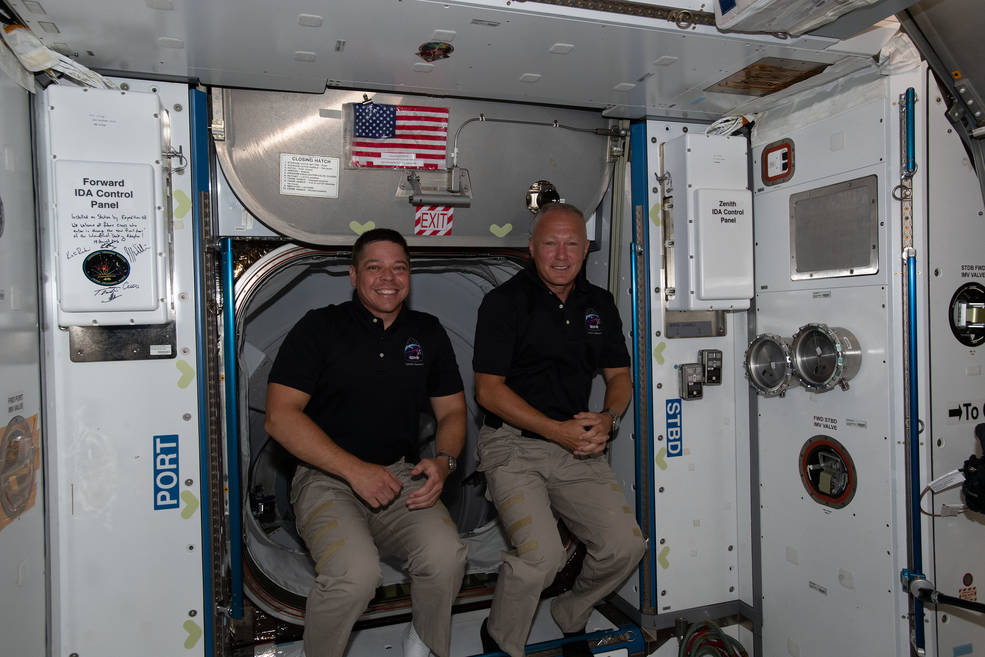 NASA is broadcasting the return of the agency’s SpaceX Demo-2 test flight with NASA astronauts Robert Behnken and Douglas Hurley from the International Space Station – the first splashdown of an American crew spacecraft in 45 years. Ongoing live coverage is airing on NASA Television and the agency’s website.

Their return began at 7:35 p.m. EDT Saturday, Aug. 1, when the Crew Dragon spacecraft autonomously undocked from the International Space Station’s Harmony module for a splashdown at 2:48 p.m. in the Gulf of Mexico, off the coast of Pensacola, Florida (1:48 p.m. local time).

Return coverage is as follows (all times Eastern):

Behnken and Hurley arrived at the orbiting laboratory May 31, following a successful launch May 30 on a SpaceX Falcon 9 rocket from NASA’s Kennedy Space Center in Florida. Their return completes the test flight for the first commercially owned and operated crewed spacecraft under NASA’s Commercial Crew Program.

The Commercial Crew Program works with the U.S. aerospace industry to develop safe, reliable, and cost-effective crew transportation systems that will carry astronauts on American rockets and spacecraft from American soil to the International Space Station, and back.

This is SpaceX’s final test flight and is providing data on the performance of the Falcon 9 rocket, Crew Dragon spacecraft and ground systems, as well as in-orbit, docking, splashdown, and recovery operations. The data will inform NASA’s certification of the SpaceX crew transportation system for regular flights carrying astronauts to and from the space station. SpaceX is readying the hardware for the first rotational mission, which would occur following NASA certification.

A successful Commercial Crew Program could allow for additional research time and increase the opportunity for discovery aboard humanity’s testbed for exploration, including helping us prepare for human exploration of the Moon and Mars.