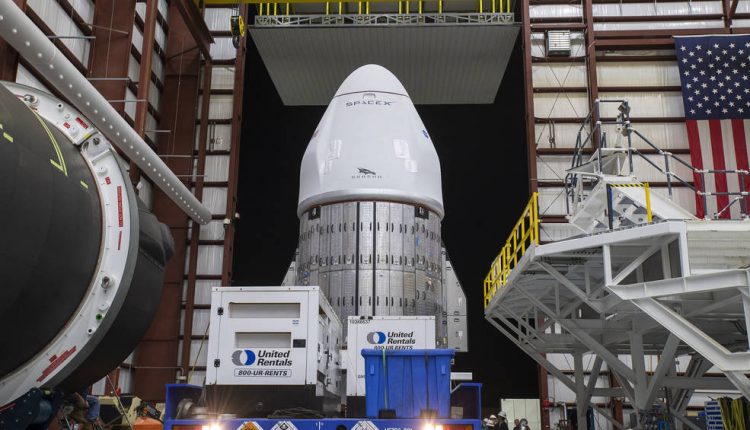 Media accreditation is now open for SpaceX’s 23rd cargo resupply mission to the International Space Station. Liftoff of the Dragon spacecraft on a Falcon 9 rocket is targeted for late August from Launch Complex 39A at Kennedy Space Center in Florida.

Media prelaunch and launch activities will take place at Kennedy. Credentialing deadlines are as follow:

All media accreditation requests should be submitted online at:

For media with special logistical requests, such as space for satellite trucks, tents, or electrical connections, please email Allison Tankersley at allison.p.tankersley@nasa.gov by Friday, August 13.

NASA has updated its COVID-19 policies to remain consistent with new Centers for Disease Control and Prevention guidance. Credentialed media will receive additional details from the media operations team at NASA’s Kennedy Space Center in Florida.

The spacecraft will deliver a variety of NASA science investigations to the station, including a study on preventing and treating bone density loss, an investigation that will test diagnostic devices that could detect and mitigate vision disorders, and a new robotic arm for demonstration that could reveal potential uses on Earth, including in disaster relief. The capsule also will deliver materials including concrete, fiberglass composites, and substances that can offer protection against radiation, to investigate how they respond to the harsh environment of space. Additionally, nanofluidic and educational experiments will utilize the function of a new research facility aboard the orbiting laboratory.

This is the third SpaceX mission to deliver science investigations, supplies, and equipment for NASA under the agency’s second Commercial Resupply Services contract. Cargo resupply by U.S. companies significantly increases NASA’s ability to conduct new investigations at the only laboratory in space. Space station research through the ISS National Laboratory also provides opportunities for other U.S. government agencies, private industry, and academic and research institutions to conduct microgravity research that leads to new technologies, medical treatments, and products that improve life on Earth.

Humans have occupied the space station continuously since November 2000. In that time, 243 people and a variety of international and commercial spacecraft have visited the orbiting laboratory. The space station remains the springboard to NASA’s next great leap in exploration, including future missions to the Moon and eventually Mars.

The mission’s launch date will be confirmed in the near future. For launch countdown coverage, NASA’s launch blog, and more information about the mission, visit: