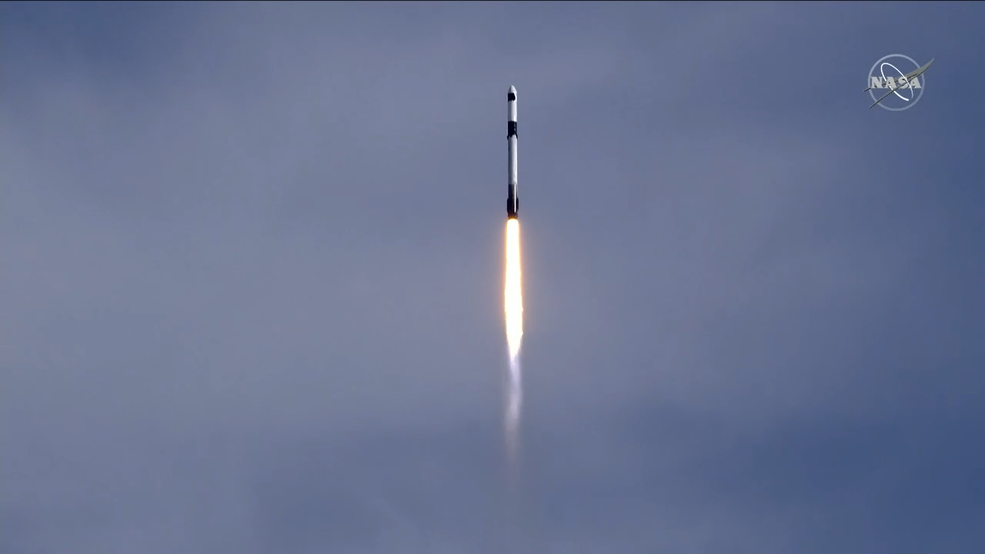 The latest SpaceX Dragon resupply spacecraft is on its way to the International Space Station with more than 6,400 pounds of science investigations, a new airlock, and other cargo after launching at 11:17 a.m. EST Sunday from NASA’s Kennedy Space Center in Florida.

The spacecraft launched on a Falcon 9 rocket from Launch Pad 39A at Kennedy and is scheduled to arrive at the space station around 1:30 p.m. Monday, Dec. 7, performing the first autonomous docking for SpaceX and remaining at the station for about a month. Coverage of arrival will begin at 11:30 a.m. on NASA Television and the agency’s website.

This 21st contracted resupply mission for SpaceX is the first flight of an upgraded Dragon design, similar to that of the Crew Dragon used to transport astronauts to and from the station. The upgraded spacecraft has double the capacity for powered lockers, with 12, which preserve science and research samples during transport to and from Earth. Science payloads now also can remain in the upgraded Dragon through the duration of the mission as an extension to the station’s lab space. Four powered payloads will reside in Dragon during this docked mission.

Among the scientific investigations Dragon is delivering to the space station are:

A mixture of meteorite samples and microbes are headed to the space station. Certain microbes form layers on the surface of rock that can release metals and minerals, a process known as biomining. A previous investigation from ESA (European Space Agency), BioRock, examined how microgravity affects the processes involved in biomining. ESA follows up on that work with BioAsteroid, which examines biofilm formation and biomining of asteroid or meteorite material in microgravity. Researchers are seeking a better understanding of the basic physical processes that control these mixtures, such as gravity, convection, and mixing. Microbe-rock interactions have many potential uses in space exploration and off-Earth construction. Microbes could break down rocks into soils for plant growth, for example, or extract elements useful for life support systems and production of medicines.

Microgravity causes changes in the workload and shape of the human heart, and it’s still unknown whether these changes could become permanent if a person lives in space more than a year. Cardinal Heart studies how changes in gravity affect the heart at the cellular and tissue level. The investigation uses 3D-engineered heart tissues, a type of tissue chip. Results could provide a new understanding of heart problems in patients on Earth, help identify new treatments, and support the development of screening measures to predict cardiovascular risk before spaceflight.

Tokyo Institute of Technology: Just Listen to the Chaos: A…

HemoCue tests the ability of a commercially available device to provide quick and accurate counts of total and differentiated white blood cells in microgravity. Doctors commonly use the total number of white blood cells and five different types of white blood cells to diagnose illnesses and monitor a variety of heath conditions. Verification of an autonomous blood analysis capability on the space station could enhance health care on Earth and is an important step toward meeting the health care needs of crew members on future missions.

SUBSA-BRAINS examines differences in capillary flow, interface reactions, and bubble formation during the solidification of brazing alloys in microgravity. Brazing is a type of soldering used to bond materials, such as an aluminum alloy to aluminum or aluminum alloy to ceramics, at high temperatures. The technology could serve as a tool for in-space construction of human habitats and vehicles on future space missions, as well as for repairing damage caused by micrometeoroids or space debris.

A new and improved door to space

Launching in the trunk of the Dragon capsule, the Nanoracks Bishop Airlock is a commercial platform that can support a range of scientific work on the space station. Its capabilities include deployment of free-flying payloads such as CubeSats and externally mounted payloads, housing small external payloads, jettisoning trash, and recovering external Orbital Replacement Units. ORUs are modular components of the station that can be replaced when needed, such as pumps and other hardware. Roughly five times larger than the airlock on the Japanese Experiment Module already in use on the station, the Bishop Airlock allows robotic movement of more and larger packages to the exterior of the space station, including hardware to support spacewalks. It also provides capabilities such as power and ethernet required for internal and external payloads.

Your brain on microgravity

The Effect of Microgravity on Human Brain Organoids study observes the response of brain organoids to microgravity. Small living masses of cells that interact and grow, organoids can survive for months, providing a model for understanding how cells and tissues adapt to environmental changes. Organoids grown from neurons or nerve cells exhibit normal processes such as responding to stimuli and stress. Therefore, organoids can be used to look at how microgravity affects survival, metabolism, and features of brain cells, including rudimentary cognitive function.

These are just a few of the hundreds of investigations currently being conducted aboard the orbiting laboratory in the areas of biology and biotechnology, physical sciences, and Earth and space science. Advances in these areas will help keep astronauts healthy during long-duration space travel and demonstrate technologies for future human and robotic exploration beyond low-Earth orbit to the Moon and Mars through NASA’s Artemis program.

Tokyo Institute of Technology: Just Listen to the Chaos: A New Approach to Extracting…