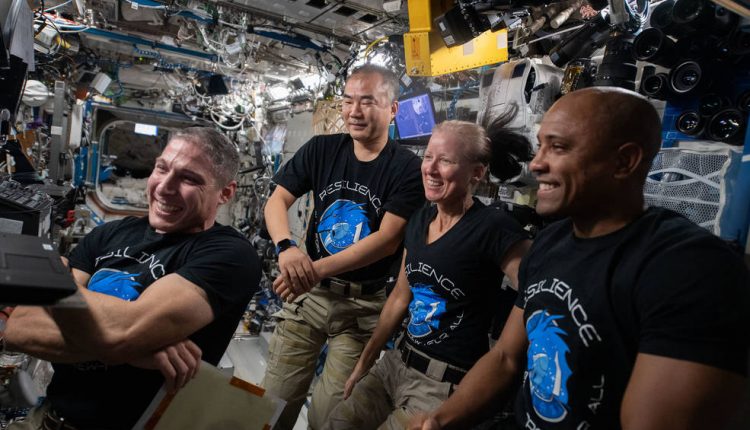 NASA’s SpaceX Crew-1 astronauts will answer media questions at 12:30 p.m. EDT Monday, April 26, about their upcoming return to Earth from the International Space Station. The news conference will air live on NASA Television, the NASA app, and the agency’s website.

Media wishing to participate by telephone must call NASA’s Johnson Space Center’s newsroom at 281-483-5111 to RSVP no later than 5 p.m. Friday, April 23. Those following the briefing on social media may ask questions using #AskNASA.

Departure from the space station is planned for 7:05 a.m. Wednesday, April 28. NASA and SpaceX are targeting 12:40 p.m. for the splashdown and conclusion of the six-month Crew-1 mission.

The successful launch of the agency’s SpaceX Crew-1 in November 2020 was the first flight of a NASA-certified commercial human spacecraft system in history.

Crew-1 worked on a number of experiments as part of Expedition 64 to the International Space Station, including tissue chips that mimic the structure and function of human organs to understand the role of microgravity on human health and diseases, and translate those findings to improve human health on Earth. Astronauts also grew radishes in different types of light and soils as part of ongoing efforts to produce food in space, and tested a new system to remove heat from spacesuits.