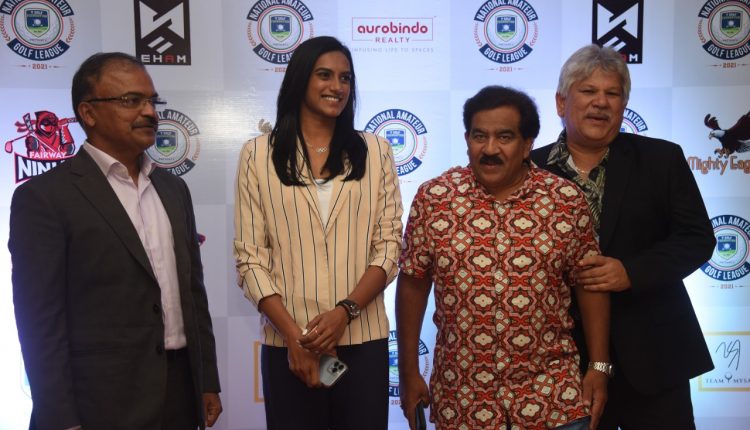 Delhi : The inaugural edition of the National Amateur Golf League (NAGL) tees off today at the Peter Harradine designed Boulder Hills Golf & Country Club Hyderabad. The championship will be competed in a league-cum-knock out format amongst eight champion teams from leagues across golf clubs in India.

Teams from New Delhi, Kolkata, Chennai, Bengaluru, Hyderabad and Rest of India will battle it out over five days of intense competition. In the inaugural edition, teams will be split into two groups with group stages taking place on Tuesday, Wednesday & Thursday. The top two teams will then progress to semi-finals to be played on Friday. The final will be hosted on Saturday with all matches being played in the morning session.

T Golf Foundation & Tiger Sports Marketing are joint promoters of the National Amateur Golf League in a unique not-for-profit alignment. Aurobindo Realty & FuelSpec have come on board as the biggest partners for the inaugural NAGL 2021. The funds raised from NAGL will be utilised to further the activities of T Golf Foundation.

Dr. NRN Reddy, President of T Golf Foundation said, “The enjoyment golf has given me cannot be measured in words and I’d always think of the people behind the scenes and the work they put in to ensure one leaves the golf course with a smile. With the support of a few friends and well-wishers, we have been able to launch the T Golf Foundation to help the men and women behind the scenes. In our first year, we have managed to help local contractors in times of the pandemic and we want to contribute to club employees across the country at all NAGL host clubs.”

Mr. Brandon de Souza, Tournament Director and Managing Director, Tiger Sports Marketing remarked, “Franchise golf has taken off across the country in a huge way. The NAGL is a celebration of the golf clubs in India who have seen the positive impact a member’s league makes to its database. We have attempted to create a battle for the National Championship where all champion teams congregate once a year in a competitive environment complemented with networking events. With more leagues coming up this year, NAGL will be the most sought after event for amateur club golfers.”

University of Exeter: Showcasing the faces behind antimicrobial resistance research