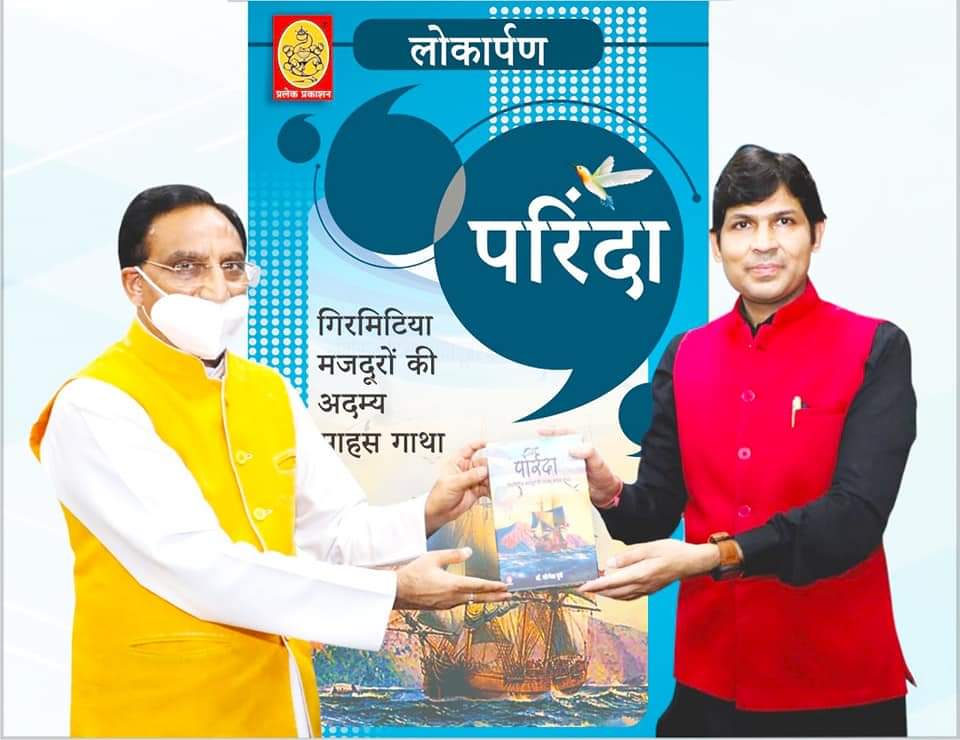 The novel is the poignant tale of over four and a half million indentured laborers sent from central India to Mauritius in the 18th century, who, with their hard work and indomitable courage, made the rocky soil of Mauritius gold.

This book is inspired by the story of an Indian youth who travels from India to Mauritius and becomes Indentured labor, Eventually making Mauritius the next motherland. This story of a mass forced migration of people of India to various countries during the British Rule.

Bharat Ratna Late. Shri Pranab Mukherjee, High Commissioners, Vice-Chancellors, and Luminaries from the world of Literature and have also expressed their views on the novel. This novel is also available online.

President of Mauritius Mr. Prithviraj Singh Rupan while expressing his views on the book said, “I have no doubt that ‘Parinda – Girmitiya Mazdooro Ki Admya Sahas Gatha’ written by Dr. Yogesh Dube will enrich the literature and cultural bonds between India and Mauritius and further strengthen the rich traditional and historical relationship between our two countries.”

Dr. Yogesh Dube did extensive research before writing this book. While sharing his experience about the beginning of this journey, he said, “I had the pleasure of visiting Mauritius in Official Delegation along with then Hon. Foreign Minister Late. Smt. Sushma Swaraj Ji to attend the “Vishwa Hindi Sammelan- 2018. This gave me the inspiration to write a book on Girmitiya mazdoor- The Indenture Labour.”

From the 1820’s Indian Workers started coming to Mauritius and Suriname to work on sugar plantations. From 1834 when slavery was abolished by the British parliament, a large number of Indian workers began to be brought as indentured laborers. The book “Parinda- Girmitiya Mazdooro Ki Admya Sahas Gatha” is inspired by the story of an Indian Laborer.