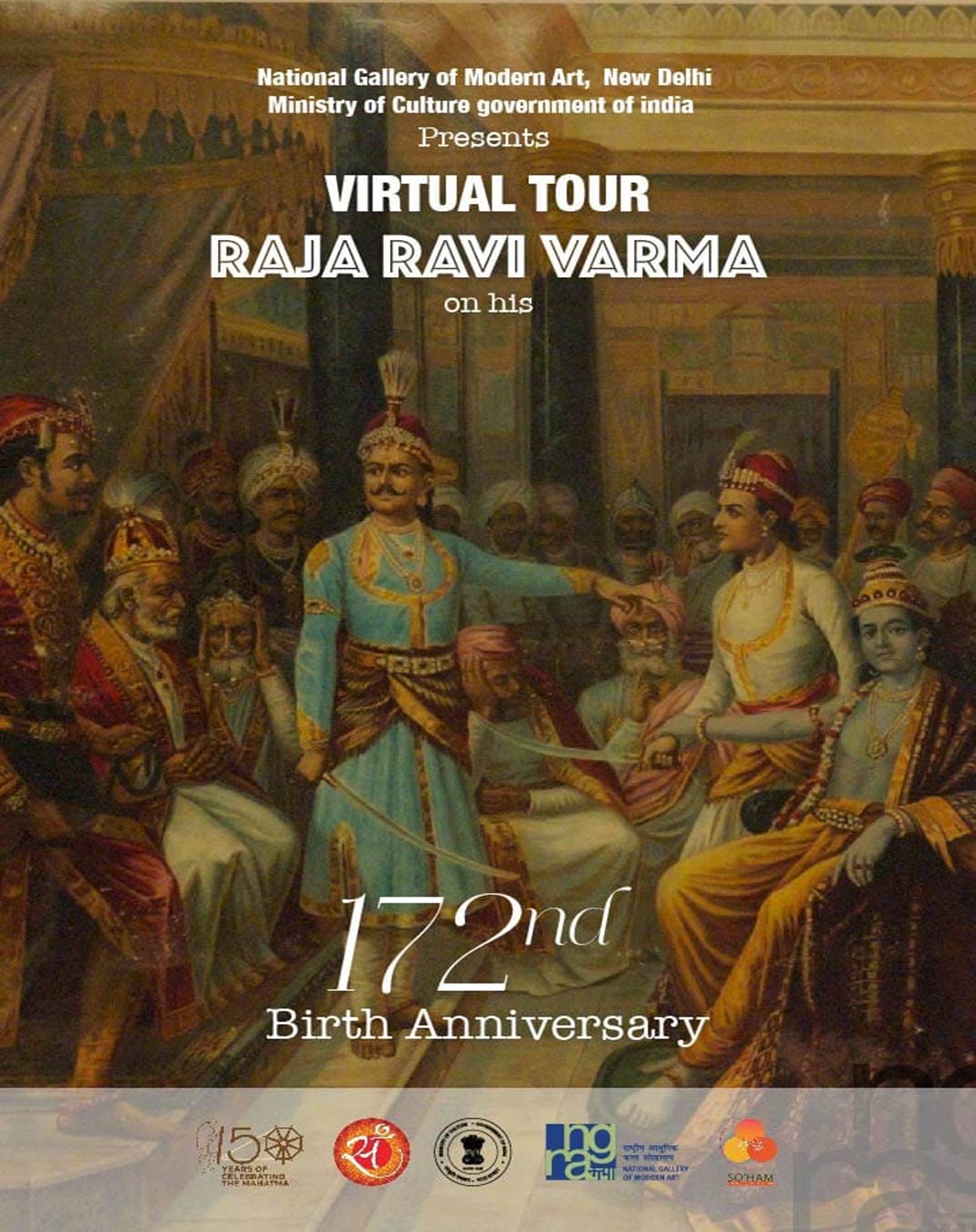 New Delhi: National Gallery of Modern Art is paying tribute to celebrated painter and artist Raja Ravi Varma on his 172nd Birth Anniversary through a virtual tour. This virtual tour is showcasing the entire collection of his artworks at reserve collection, NGMA in New Delhi.People can visit the Virtual Touron http://www.ngmaindia.gov.in/virtual-tour-of-raja-ravi-varma.asp

Hardeep Singh Puri hands over the keys of five Ambulances to…

Raja Ravi Varma was born into an aristocratic family in Kerala. Raja Ravi Varma was largely a self taught artist as European techniques go. But there is no denying that Raja Ravi Varma was a master at handling the oil medium and achieved a magical ease with European naturalism. While Raja Ravi Varma stood at the transitional stage between Indian painting tradition and the emergence of Salon artist well versed in European academic naturalism he reconciled the aesthetic principles of both in his style. He represented the Hindu mythological stories so loved by the Indian imagination, with an illusionistic flair that mirrored the society of his time. According to art historians, Raja Ravi Varma’s dramatic history paintings influenced the pioneers of Indian cinema like DadasahebPhadke and Baburao Painter.

Raja Ravi Varma excelled as a portrait painter as well as a painter of various other genres like history painting, painting of female figures and so on. He travelled through length and breadth of India seeking portrait and other commissions. He established a press with German technology so that inexpensive oleographs could be made to cater to a mass demand. So briskly did the prints sell that they left a deep impression on popular visual culture even to this day. His realistic portrayals and interpretations of religious and mythological figures captivated and fascinated the country. Ravi Varma’s works transcended painting; he was also a poet, scholar and a visionary far beyond his times.