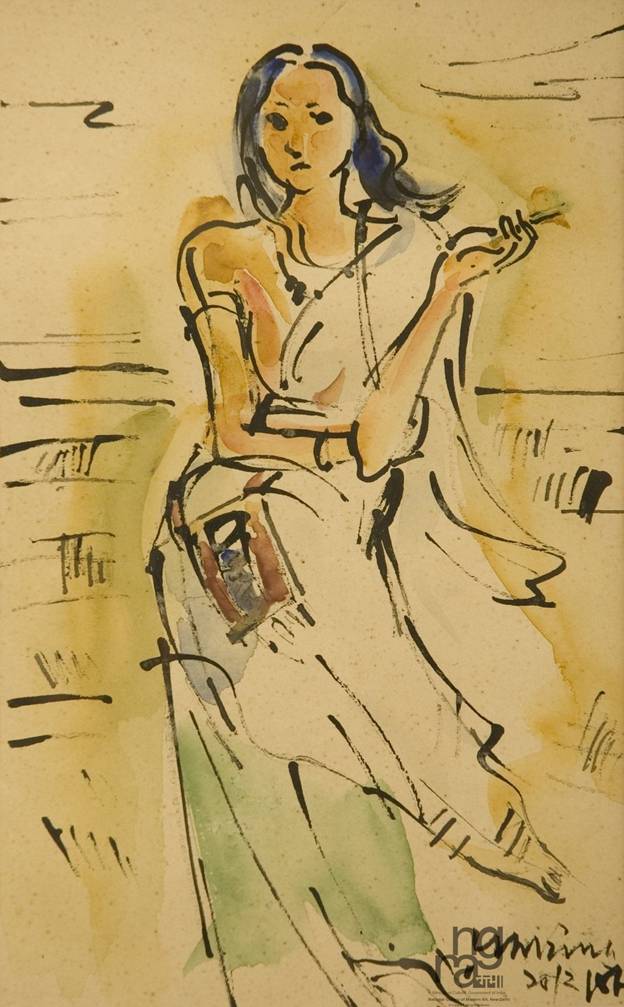 New Delhi: Ministry of Culture’s National Gallery of Modern Art will organise virtual tour titled “Ramkinkar Baij | Journey through silent transformation and expressions” to commemorate the 115th Birth Anniversary of Ramkinkar Baij on 26th May 2020. The NGMA takes pride in 639 works of art created by the iconic artist. This virtual tour presents the works of art from the prominent artworks of Ramkinkar Baij from reserve collection of NGMA, grouped in a series of five different themes of (i) Portrait, (ii) Life Study, (iii) Abstract & Structural Composition, (iv) Nature Study & Landscape and (v) Sculptures.

Director General of NGMA Shri Adwaita Charan Gadanayak said that this virtual tour is being launched to pay tribute to the one of the greatest sculptor, painter – an iconic artist of modern India, especially for the young artists to know the kind of restless experiment that the artist had one with forms – figurative and abstractive both.

Shri Gadanayak added that I take pride of the tireless effort of our entire IT Cell to conceive and conceptualize the idea of launching this Virtual Tour and design and develop the same amidst lock down period to facilitate our esteemed visitors with such prestigious collection of NGMA.

Nutri-Garden and Tree Plantation campaign at Faculty of…

This virtual tour also includes ‘Jeevansmriti’ to through light into the memory lane in addition to showcasing 520 works of art by the iconic artist in five distinct categories and three sketch books. At the end of the tour visitors can ‘Join the Conversation’ on the first cultural media platform under the banner of NGMA at https://so-ham.in/ramkinkar-baij-journey-through-silent-transformation-and-expressions/ and also attempt a quiz based on the content of the virtual tour.

Ramkinkar Baij, one of the most seminal artists of modern India, was an iconic sculptor, painter and graphic artist. Ramkinkar Baij (1906-1980) was born in Bankura, West Bengal, into a family of little economic and social standing and grew by his sheer determination into one of the most distinguished early modernists of Indian art. In 1925, he made his way to Kala Bhavana, the art school at Santiniketan and was under the guidance of Nandalal Bose. Encouraged by the liberating, intellectual environment of Santiniketan, his artistic skills and intellectual horizons blossomed, thus acquiring greater depth and complexity. Soon after completing his studies at Kala Bhavana he became a faculty member, and along with Nandalal Bose and Benodebehari Mukherjee played a pivotal role in making Santiniketan one of the most important centres for modern art in pre-Independent India. Ramkinkar’smonumental sculptures are established landmarks in public art. One of the earliest modernists in Indian art, he assimilated the idioms of the European modern visual language and yet was rooted in his own Indian ethos. He experimented restlessly with forms, moving freely from figurative to abstract and back to figurative, his themes were steeped in a deep sense of humanism and an instinctive understanding of the symbiotic relationship between man and nature. Both in his paintings and sculptures, he pushed the limits of experimentation and ventured into the use of new materials. For instance, his use of unconventional material, for the time, such as cement concrete for his monumental public sculptures set a new precedent for art practices. The use of cement, laterite and mortar to model the figures, and the use of a personal style in which modern western and Indian pre-classical sculptural values were brought together was equally radical.

Although, his work was passed over for quite a while, gradually it began to get both national and international attention. He was invited to participate in the Salon des Réalités Nouvelles in 1950 and in the Salon de Mai in 1951. In the national honours began to come his way one after the other. In 1970, the Government of India honoured him with the Padma Bhushan for his irrefutable contribution to Indian art. In 1976 he was made a Fellow of the Lalit Kala Akademi. In 1976, he was conferred the honorary Doctoral Degree of ‘Desikottama’ by Visva Bharati, and in 1979 an honorary D.Litt by Rabindra Bharati University. Ramkinkar made his last journey, after a period of illness, in Kolkata on the 2nd August, 1980.