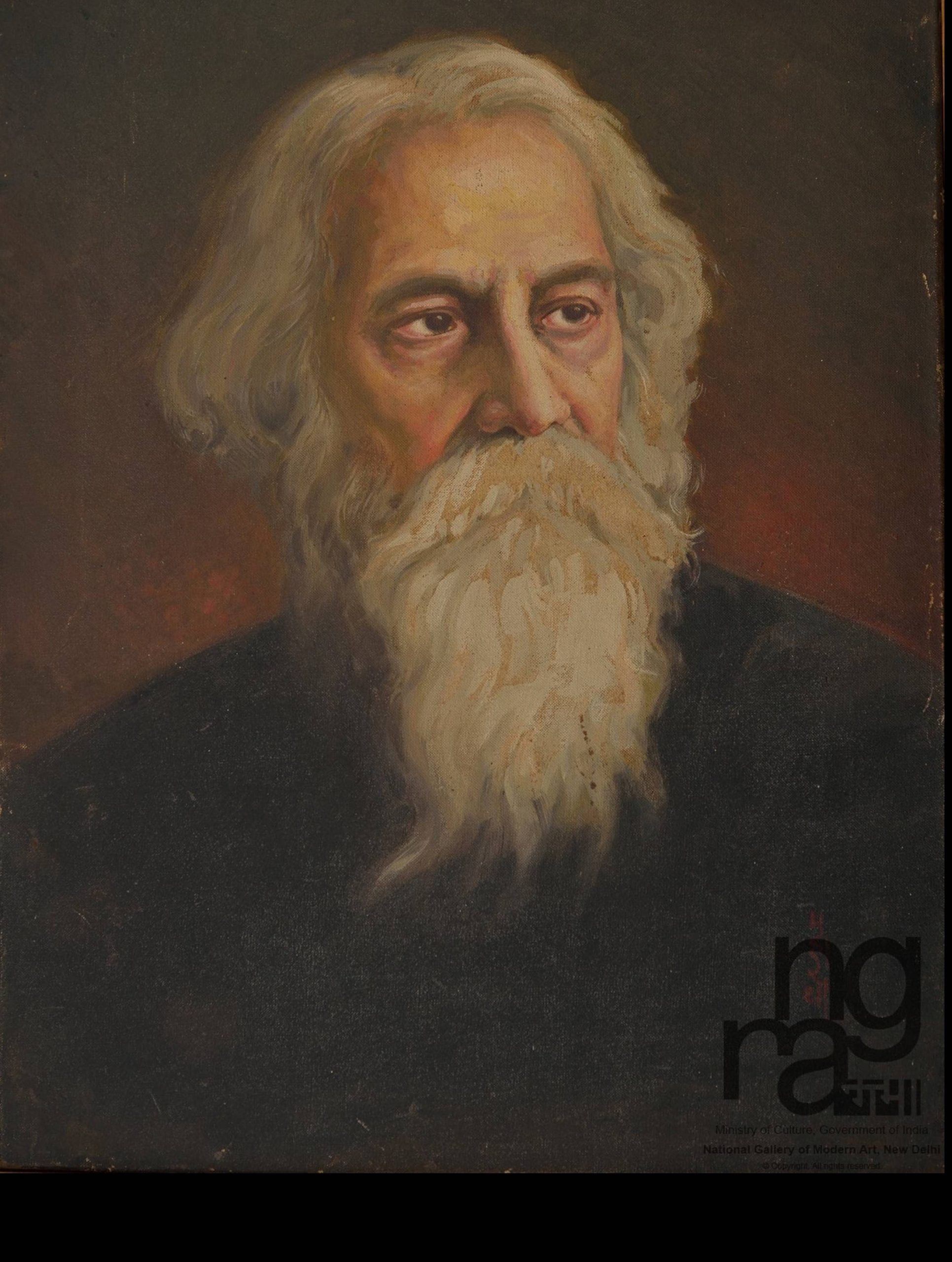 New Delhi: National Gallery of Modern Artwill organise the Virtual Tour titled “Gurudev – Journey of the Maestro through his visual vocabulary” from 7th May 2020 to commemorate the 159th birth anniversary of Gurudev Rabindranath Tagore. The NGMA takes pride in the 102 artworks created by versatile genius. These artworks give a glimpse of his precious contributions to the visual language. This virtual tour presents the work of art from the prominent artworks of Rabindranath Tagore from reserve collection of NGMA and displayed in the themes of Portraits & Head study, The Human and Mesmerizing Nature according to his composition.

The National Gallery of Modern Art has a representative collection of his imagery.

Due to the threat posed by the NOVEL CORONA VIRUS (COVID-2019) which has been declared a PANDEMIC by the WHO and following the advice of the Ministry of Health & Family Welfare, Government of India, the Museum and Library is closed for public access till further order.

Director General of NGMA Shri Adwaita Charan Gadanayak said, “It’s our endeavor to pay tribute to Rabindranath Tagore – a poet, novelist and painter best known for being the first Indian to be awarded the Nobel Prize for Literature in 1913. I feel proud to present Tagore’s works and his complete literary journey through this virtual tour from their home. At the end of this virtual journey visitors can play the quiz also. I take pride of the tireless effort our entire IT Cell headed by Shri S S Paul to conceive and conceptualize the idea of launching Virtual Tours and designed and developed the same amidst lock down period to facilitate our esteemed visitors with the prestigious collection of NGMA”.

This virtual tour presents his entire works of art from the prestigious collection of NGMA including a textual commentary of some of his major literary contribution. Visitors are invited to participate in a conversation (https://so-ham.in/gurudev-journey-of-the-maestro-through-his-visual-vocabulary/) on the country’s first cultural media portal https://so-ham.in launched in 2018 under the banner of NGMA. Visitors can also participate in ‘Play the Quiz’ at the end of the tour.

Rabindranath Tagore (1861-1941), popularly known as ‘Gurudev’, was born in an affluent Family. The maestro was fascinated by the worlds of literature, art, music and dance at an early age. In 1913, he became the first Indian to receive a Nobel Prize in Literature for his novel ‘Geetanjali’. He also wrote the National Anthems of India and Bangladesh. He left his imprint on art and played a role in transforming its practices and ushering into modernism.

Rabindranath Tagore was primarily known as a writer, poet, playwright, philosopher and aesthetician, music composer and choreographer, founder of a unique educational institution – Visva- Bharati and a painter. Tagore’s emergence as a painter began in 1928 when he was 67 years old.

For him, it was as an extension to his poetic consciousness. Beginning with scratching and erasures on the pages of his manuscripts during the mid-20s of the 20th Century, he slowly moved to portraying independent images.

Between 1928 and 1940, Rabindranath painted more than 2000 images. He never gave any title to his paintings. Fed by memories and the subconscious, Rabindranath’s art was spontaneous and dramatic. His images did not represent the phenomenal world but an interior reality.

His work of art were first exhibited in Paris in 1930 and then across Europe and America. Henceforth they gained international recognition. Rabindranath veered towards abstraction in his figuration. His works depict a great sense of fantasy, rhythm and vitality. A powerful imagination added an enigmatic strangeness and a sense of depth to his works. One is overwhelmed by the awe-inspiring figures of birds and humans and semi-abstract forms. The energy of his works is counterbalanced by a cool precision and lyricism. Tagore celebrated creative freedom in his technique; he never hesitated to daub coloured ink on paper to give life to his subjects. His drawings and ink paintings are freely executed with brushes, rags, cotton-wool and even his fingers. For Tagore, art was the bridge that connected the individual with the world. Being the modernist he was; Tagore completely belonged to the world of his time particularly in the realm of art. Expressionism in European art and the primitive art of ancient cultures inspired him. Fantasy, wild imagination and an innate feel for the absurd gave a distinctive character to his visual language. His works have been an inspiration to the artists in India as well as across the world.