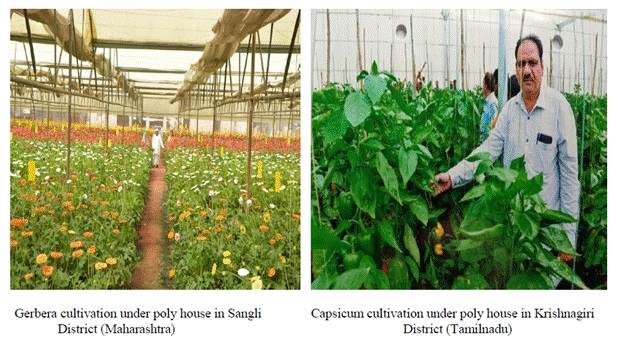 New Delhi: National Horticulture Board (NHB), an autonomous organization under the Ministry of Agriculture and Farmers Welfare has cleared a record 1278 subsidy applications for integrated development of hi-tech commercial horticulture in the country including promotion of post-harvest and cold chain infrastructure during the last one year which were pending since long.

Under the leadership of Union Minister of Agriculture and Farmers Welfare and President of the Board Shri Narendra Singh Tomar, the team NHB has worked in a campaign mode to complete this commendable task. Secretary, Ministry of Agriculture and Farmers Welfare and the chairman of the Managing Committee Shri Sanjay Agarwal kept a regular watch on the progress and continuously guided the officials of NHB. Under the direct supervision of the Ministry, the NHB has also taken a lot of steps for ease of doing business by simplification of scheme guideline, documentation and processing process of new applications. During the last one year, the subsidy has been released to 357 beneficiaries while 921 new projects have been approved.

NHB has also facilitated the convergence of its back-ended capital investment subsidy schemes with the Agri Infrastructure Fund Scheme of the Ministry of Agriculture and Farmers Welfare to encourage farmers and entrepreneurs to take advantage of subvention of 3% interest on the loan with credit guarantee coverage for a loan up to Rs 2.00 crores for setting up post-harvest and cold chain infrastructure in the horticulture sector.

The back ended capital investment subsidy schemes of NHB not only have been attracting huge investment from the private sector into the horticulture sector but are also instrumental in the indigenization of cost-effective greenhouse and cold chain technologies in the country. Schemes of NHB have been able to establish a large area under protected cultivation for commercially important flower and high-value vegetable crops and also a sizeable cold storage capacity in the country. With the financial support of NHB, an additional area of 2210 acres under hi-tech commercial horticulture, both in open and protected cultivation has been brought under horticulture. Also additional cold storage capacity of 1.15 lakh MT has been created under the Cold Storage Scheme of NHB.