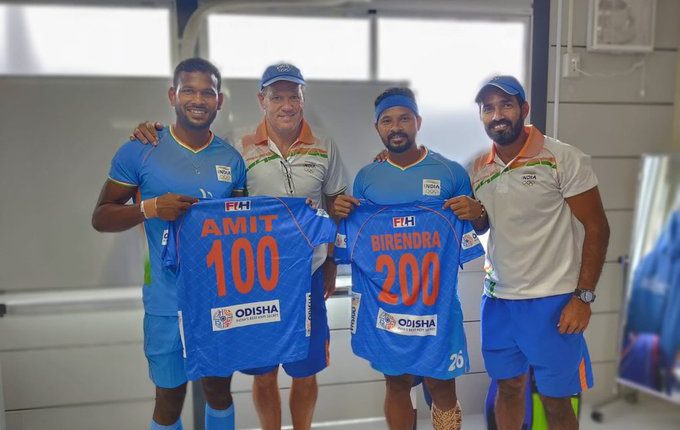 National Sports Awards 2021 announced; President of India will give away the awards on 13th November 2021

New Delhi: Ministry of Youth Affairs & Sports announced the National Sports Awards 2021 today. The awardees will receive their awards from the President of India at a specially organized function at the Darbar Hall of Rashtrapati Bhavan on 13th November, 2021(Saturday) at 1630 hrs.National Sports Awards are given every year to recognize and reward excellence in sports.

‘Major Dhyan Chand Khel Ratna Award’ is given for the spectacular and most outstanding performance in the field of sports by a sportsperson over a period of previous four years.

‘Arjuna Award for outstanding performance in Sports and Games’ is given for good performance over a period of previous four years and showing qualities of leadership, sportsmanship and a sense of discipline.

‘Dronacharya Award for outstanding coaches in Sports and Games’ is given to coaches for doing outstanding and meritorious work on a consistent basis and enabling sportspersons to excel in International events.

‘Dhyan Chand Award for Lifetime achievement in Sports and Games’ is given to honour sportspersons who have contributed to sports by their performance and continue to contribute to promotion of sports event after their retirement.

‘Rashtriya Khel Protsahan Puruskar’ is given to corporate entities (both in private and public sector), sports control boards, NGOs including sports bodies at theState and National level who have played a visible role in the area of sports promotion and development.

A large number of nominations were received for these awards this year, which were considered by the Selection Committee headed by Justice (Retd.) Mukundakam Sharma (former Judge of Supreme Court), consisting members from eminent sportspersons and persons having experience in sports journalism & sports administrator etc.

Based on the recommendations of the Committee and after due scrutiny, the Government has decided to confer awards upon the following sportspersons, coaches and entities:

(ii)        Arjuna Awards for outstanding performance in Sports and Games 2021

(iii)       Dronacharya Award for outstanding coaches in Sports and Games 2021

Uppsala University: The role of diet in the rise of modern shark communities