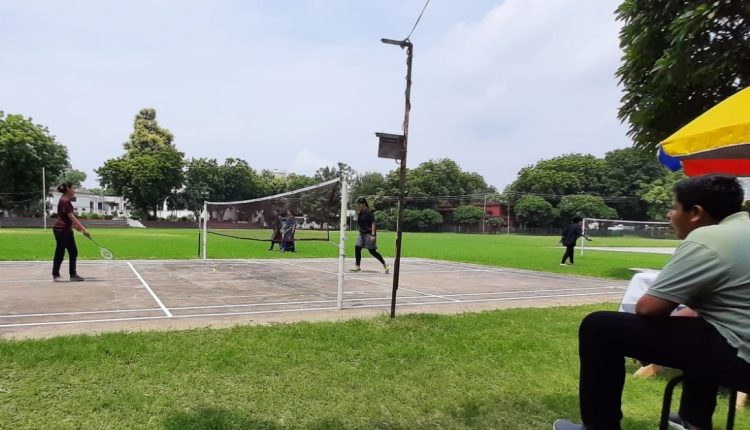 Aligarh : Student shuttlers, Tasneem and Aiman Khan will play the above-17 age category final of the Badminton tournament on August 29, held to observe the nation-wide ‘National Sports Day’ at the Women’s College of Aligarh Muslim University (AMU). They have edged ahead after defeating Kanchan Sharma and Shreya Sharma.

In the under-17 category, Bhumi and Charu Rajput will face-off for the title. Bhumi eliminated Alisha Rahat (15-8) and Charu defeated Fatima Zehra (15-1) in the semi-finals. A total of 69 matches were played on Saturday in the above-17 and under-17 age groups.

Meanwhile in the Table Tennis tournament, Nivedita (IMT, Aligarh) and Kartika (AMU) have reached the final to be played on August 29. Nivedita defeated Yashasha (OLF) and Kartika eliminated Nikita (AMU) in the semis.

Seventeen girls from various districts of Aligarh participated in the Table Tennis event.

The Badminton and Table Tennis competitions for female students are a part of ‘National Sports Day’ celebrations of the Physical Education Section, Women’s College, AMU to commemorate the birth anniversary of hockey legend Major Dhyan Chand. The sports events are being held in line with the Government rules and regulations to curb the pandemic.