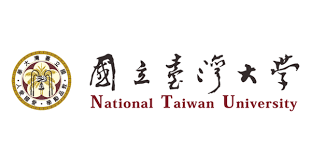 Cardiovascular diseases are the leading cause of mortality and morbidity in the world, and dilated cardiomyopathy (DCM) is the most common nonischemic cardiomyopathy. In DCM, the heart’s ability to pump blood is lessened due to an enlarged and dilated pumping chamber and eventually, patients suffer from congestive heart failure. There is currently no cure for DCM, and patients can only receive supportive care or a heart transplant. To save lives, a research team led by Dr. Su-Yi Tsai, Associate Professor of the Department of Life Science, launched major efforts to discover a better way to treat the disease.

Their discovery on RNA-binding motif protein 24 (RBM24) was published in Circulation Research. Dr. Tsai and her team discovered the molecular mechanism of cardiac splicing factor RBM24 in sarcomere assembly and cardiogenesis. Their research proved that RBM24 is critical in cardiac development and acts as an upstream regulator of numerous cardiomyopathy genes. This finding offers major insights and new treatment strategies for patients suffering from DCM.

Sarcomere, the basic contractile unit of the heart muscle, is composed of hundreds of sarcomere proteins. Past clinical studies have suggested that sarcomere gene mutations may induce cardiomyopathy. Dr. Tsai and her team used human pluripotent stem cells (hPSCs) as a model to reveal how RBM24 acts as a master regulator, modulating the dynamics of core myofibrillogenesis genes (ACTN2, TTN, and MYH10) in a differentiation stage-specific manner. By studying the upstream molecular formation of sarcomeres, the team proved that mutations in genes encoding sarcomeric proteins certainly can lead to failures in sarcomere assembly—which results in developmental defects and cardiomyopathies.

This groundbreaking discovery made by Dr. Su-Yi Tsai, Serena Huei-An Lu, Liang-Yu Hsu, and undergraduates Kang-Zheng Lee and Yu-Chen Yeh under the guidance of Dr. Su-Yi Tsai significantly contributes to the future development of new therapeutics for cardiomyopathies.