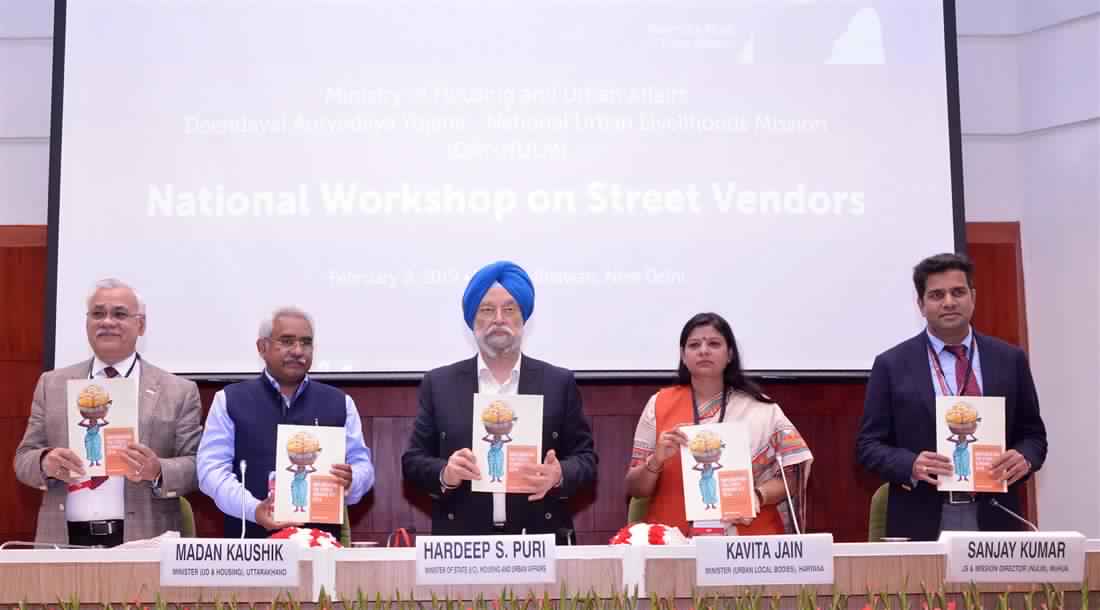 New Delhi: Shri Hardeep S Puri, Minister of State (I/C) for Housing & Urban Affairs has informed that most of the States have formulated and notified their respective rules and schemes under the Street Vendors Act. “The compliance index prepared by the Centre for Civil Society ranks different states on implementation of various parameters of the Act. I hope that the remaining states will take prompt action to notify the rules and schemes to facilitate extension of the provisions of Act to the street vendors”, he added. He was addressing a National Workshop on Street Vendors organised by the Ministry of Housing & Urban Affairs, here today. The Housing & Urban Development Ministers from several states including Smt. Kavita Jain, Haryana & Shri Madan Kaushik, Uttarakhand, Shri Durga Shanker Mishra, Secretary, MoHUA, Shri Sanjay Kumar, Mission Director, NULM and stakeholders from several organisations were present on the occasion.

The National Workshop on Street Vendors is the first such initiative by the Ministry of Housing & Urban Affairs after coming into force of the Street Vendors Act. It focuses exclusively on the issues related to creation of pro-vending eco-system in the country. The Workshop is aimed at providing a forum to all stakeholders involved in implementation of Street Vendors Act, for experience sharing and peer learning. The issues concerning street vending in urban areas and an exhibition of products made by the SHG women from different states at Rajpath near India Gate will be the prominent highlights of the Workshop. This exhibition is a part of the Shehri Samridhi Utsav and will go on for 10 days from today. A street food festival, where the street vendors from almost all states will serve their local delicacies to the visitors is also being organised during the event.

Street vending, being an integral part of the economic growth process, plays a prominent role in the urban supply chainas it provides inexpensive and convenient access to goods and services to all segments of the population including the poor. This underscores the need for positive action on behalf of the Government towards street vending activity. In this context,the Street Vendors (Protection of Livelihoods & Recognition of Street vendors) Act in 2014 plays a very important role in protecting the rights of urban street vendors and regulating the street vending activities. The Street Vendors Act, 2014 acknowledges that urban street vendors constitute upto 2.5 % of the population of the city.