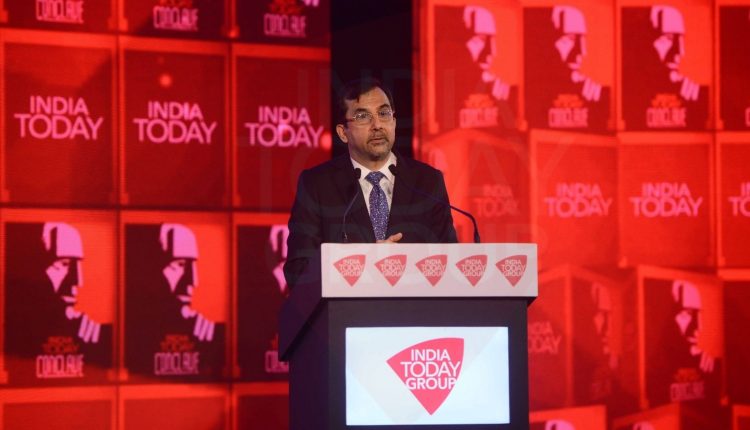 Need to act now and at a big scale, says Sanjiv Puri on climate change

Sanjiv Puri, Chairman, ITC Limited, on Saturday said that we need to act now as climate change is a reality. Speaking at the India Today Conclave 2021, he said that corporates can execute on a big scale and influence change.

Citing the recently released report by the UN Intergovernmental Panel on Climate Change (IPCC), he said that climate change is a crisis of epic proportion and we are all witness to extreme weather events.

Speaking on the role of corporates, he said that as large economic organs of society “we have a responsibility towards it and enterprises have access to innovative capacity, financial capital and managerial talent. That’s where the role of corporates in combatting climate change becomes pivotal.”

Stating that business can only thrive when society thrives, Puri said that big businesses need to show the way.

NSW Government Deploys Pega to Help Speed and Simplify Its…

He listed five areas in which corporates can help in fighting the menace of climate change. He said that all enterprises need to set goals and innovative forces can then be introduced. He invoked that businesses need to build green infrastructure and commit to water neutrality. “India is water stress and we need to become water neutral and become water positive through nature-based solutions,” Puri said.

Digital transformation and the growing use of science and technology in the area can further help in fighting climate change. “There are solutions existing today, we need to come together and adopt them at a scale,” Puri said.

He further said that corporates need to transform Agri value chains, not because they are one of the most significant emitters, but also because they are among the most threatened as dependency on the sector is high. “In 2050 we will have nine billion people on the planet and we need to produce food with depleting resources. The solution is to adopt climate-smart agriculture,” he said.

The statements come in the backdrop of the climate report by the UN that warned of dangerous trends, saying that Earth will hit the critical 1.5 degrees Celsius warming in two decades. The body remarked human activities as an “unequivocal” driver of climate change. The report, approved by 195 member governments of the IPCC through virtual sessions held over two weeks since July 26, projected that in the coming decades climate change will increase in all regions.

Seven from MIT receive National Institutes of Health awards for 2021

iednewsdesk Oct 18, 2021
Rio Tinto is working with University of Nottingham to advance an innovative new technology to deliver low-carbon…