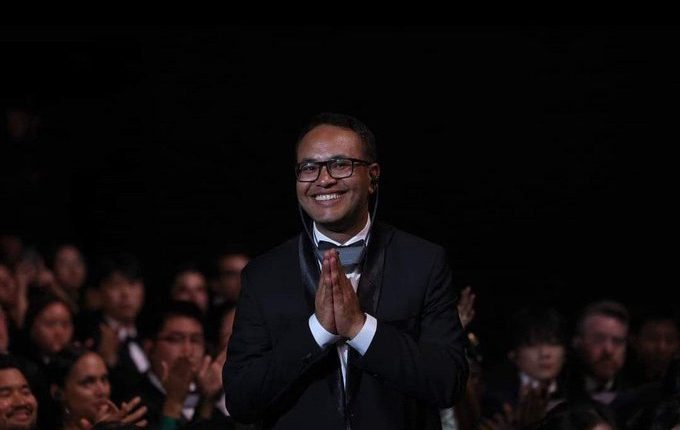 Shah who also teaches scriptwriting has over a decade of experience in the filmmaking industry with critically acclaimed movies like Min Bahadur Bham’s ‘Kalo Pothi’, Deepak Rauniar’s ‘Highway’ and ‘Tattini’ in his bag. His movies have previously also premiered in prestigious national and international film festivals.

US$ 500 Million Project will Help to Strengthen Egypt Food…

Although a few Nepali films like ‘Chaukath’ have made their appearance in the Cannes Festival’s screening and exhibition categories in the past editions, Shah’s ‘Lori: Melancholy of mother’s lullabies’ is the country’s first film in the main competition category.

It should be noted that Abinash Bikram Shah’s ‘Lori: Melancholy of my mother’s lullabies’ is among the nine short films selected for the Short Film Palme D’or category this year at the 75th edition of the Cannes Festival. ‘Lori’, selected from 3,507 entries from 140 countries, is the first Nepali film to compete at the Cannes festival, which is celebrating its 75th anniversary this year. The 14-minute film explores social evils under a patriarchal society in Nepal.