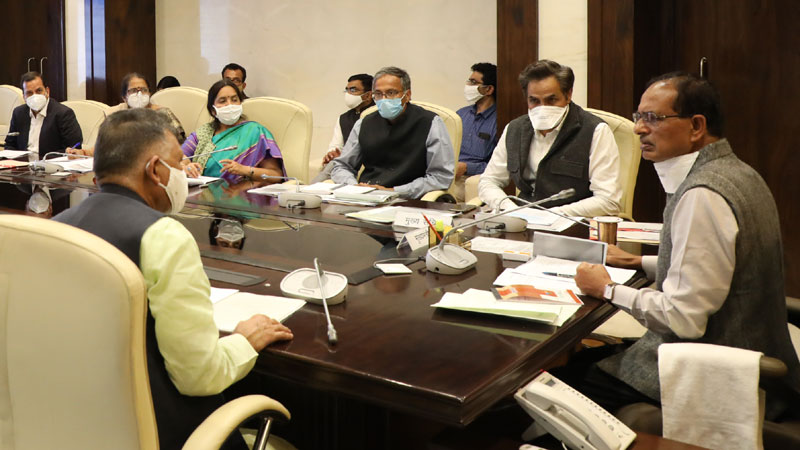 New academic session in Madhya Pradesh will start in the state from April 01, 2021

Bhopal : Chief Minister Shri Shivraj Singh Chouhan has said due to Covid, there will be no classes for Class I to VIII in the state till March 31. The upcoming academic session will start from 1st of April, 2021. Classes I to VIII will be evaluated on the basis of project work. Board exams will be held for Class Xth and XIIth and their classes will begin soon. Social distancing and other precautions will be fully observed in the classrooms. Students of Class IXth and XIth will be called to school for one or two days in a week.

Chief Minister Shri Chouhan has said that a “radical” change has to be brought about in the field of school education in Madhya Pradesh so that the education here can be best. We have to make every government school best with the active support of the society. A committee of educationists should be constituted for guidance in the field of education in the state. Best education system should be implemented in the state after studying the education system of other states of the country.

Moral education must along with academic knowledge

Chief Minister Shri Chouhan said that we have to implement such an education system in the state through which students can be made cultured citizens apart from providing knowledge and skills to them. Special emphasis has to be made on moral education.

Self-help groups will stitch uniforms and will purchase cloth also

Chief Minister Shri Chouhan said that school uniforms will be prepared by self-help groups in the state and they will also purchase clothes for the uniforms.

Chief Minister Shri Chouhan said that year-wise detailed action plan should be made for 10 thousand high quality schools to be opened in the state in the next three years.

Government schools running on the same campus have been integrated under the “Ek Parisar Ek Shala” Yojana in the state, which has led to better operation of schools and has improved educational arrangements.

If guest faculty teaches well, he must be hired again next year

Chief Minister Shri Chouhan directed that guest teachers who teach well should be hired in the same school next year as well. There should also be a provision for a hike in honorarium every year. Special attention should be paid to the quality of education.

“Super 100” scheme has brought very good results in the state. In the year 2020, 64 out of 95 JEE -Mains, 21 out of 64 in JEE-Advance and 93 out of 99 in NEET have been selected in the state. Chief Minister Shri Chouhan congratulated all the concerned persons.

Private schools must not charge any fee except tuition fees

Chief Minister Shri Chouhan directed that the private schools which remained closed due to Covid, should not charge any fee other than tuition fees for that period. This order should be strictly enforced.

Under the new education policy, KG-I and KG-II classes will commence in 1500 government schools in the state in the first phase.

Those who do innovative work should be rewarded

Parents-teachers association meetings should be mandatory in every school

CM Chouhan to give away Swachhata Seva Samman on December 5