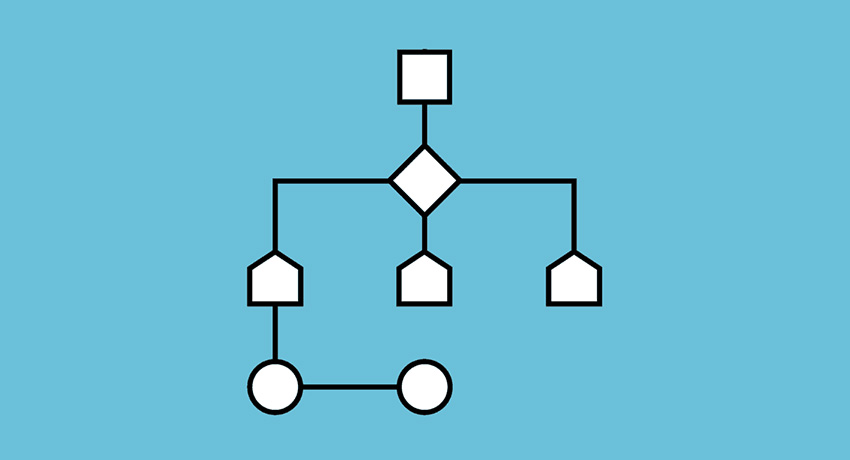 Dolphins use these sounds and echoes to navigate and locate their food, but also for their social contacts.
So far, the way dolphins navigate, find food and socialise using sound signals has baffled researchers. Josefin Starkhammar, senior lecturer at the Division for Biomedical Engineering, together with colleagues, has now developed an algorithm which brings us closer to understanding the cetaceans’ phenomenal signalling system. In future, the new algorithm could be used to protect dolphins and to develop ultrasound technology in fields such as medical diagnostics and materials testing.

Humans have always been fascinated by dolphins. However, it was only in the 1960s that researchers discovered the dolphin’s echolocation system. Specialised structures in the dolphin’s nasal complex enable them to emit high frequency sounds, known as ultrasounds, and to use the echo that bounces back to determine what kind of object the sound has encountered and where it is located. Dolphins use these sounds and echoes to navigate and locate their food, but also for their social contacts. The fact that sound travels more than four times faster under water than in the air makes the signalling system very efficient.

“The dolphin’s echolocation system is fantastic and has developed to approach perfection over millions of years of evolution. If we learn how it works, we can copy it and benefit from it”, says Josefin Starkhammar, senior lecturer at the Division of Biomedical Engineering, whose PhD research project focused on measuring and characterising dolphin echolocation signals.

Like a complex flashlight
The dolphins’ sound signals consist of clicks – brief ultrasound pulses lasting around 70 microseconds and inaudible to the human ear – that they send out in their surroundings. Simply put, one could say that the sound signals form a cone-shaped flashlight beam – made of sound instead of light. For a long time, researchers believed that the sound beam was homogenous and symmetrical with a maximum point in the centre. After studying dolphins in locations including Kolmården Wildlife Park and gathering thousands of clicks with the best hydrophone technology available, Josefin Starkhammar found out something new.

”My measurements showed that there were two sound peaks with different sound content in a single beam, one lower down and one higher up, in two overlapping beam cones. But did the two frequency peaks occur simultaneously? We had no method for investigating that. We needed to develop a new signal processing method to understand more precisely what was contained in the sound beams emitted by the dolphins, in order to find clues as to how they are created.”

Mathematical trick
Josefin Starkhammar turned to Maria Sandsten, professor of mathematical statistics, who is an expert on investigating signals over time and frequency simultaneously. The task was particularly challenging because dolphin sound signals are so brief, lasting only 70 microseconds, and have so few oscillations.

“We have developed an algorithm which redistributes the energy in the sound pulse and, through a mathematical trick, shows us how many partially overlapping pulses we actually have in the composite pulse we have measured.”

With the new method, the researchers very clearly see two frequency peaks that have different locations in the sound beam and occur within a very small delay relative to each other.

It is eSSENCE, one of Lund University’s strategic research areas, that has funded the development of this algorithm.


“It almost feels as though we have found a magic formula, of course pure science, that can also be applied to other extremely brief signals with overlapping pulses, which are otherwise difficult to analyse. An interdisciplinary approach uniting biology and engineering has made this possible. It is fantastic to suddenly be able to see things that were previously hidden in the signal”, says Josefin Starkhammar, explaining what the new research findings mean:

“If the beams have the properties shown by our algorithm, it could mean that, already in the first echo from the object, dolphins can immediately hear the speed of the object by listening for the delays between the two sound peaks within a single click. We hope soon to start testing whether this is correct.”

Building a three-dimensional data model
The next step in Josefin’s research is to model how the composite sound beams could be generated in the dolphin’s head. She is collaborating with the US Navy, among others. The American fleet work with many dolphins and one specific “research dolphins” have been specifically trained to undergo an x-ray examination. Using these x-ray images in 3D – the only data set of its kind in the world obtained from living dolphins – the aim is to build a complete computer model of a dolphin. Then, using the model, to calculate how the anatomy shapes and generates the sound beams.

“The US Navy has given me exclusive access to this incredibly valuable and costly dataset. If I soon succeed in attracting funding for the modeling part of the project, we will be able to take this research area a big step forward.”, says Josefin Starkhammar.

So how could her research be of use in the future?
Josefin is convinced that we have a lot to learn from dolphins and that we will gradually be able to copy what they do. She believes that the knowledge is important to enable dolphins to be protected in various ways, for example from disruptive sounds from human activity in the oceans. Some species of dolphins are on the verge of extinction – many get caught and drown in fishing nets that their echolocation system cannot detect.

“With more precise understanding of how echolocation works, I believe we can save them. But we are fighting against the clock. I also believe that my research will be usable in more or less all applications involving the pulse-echo principle. This could be echo sounders in boats and medical diagnostics using ultrasound devices.”

Another potential area is non-destructive materials testing, where sound can be used on existing constructions. By investigating how sound is affected on its trajectory through the construction, you can find out many properties of the material without needing to cut through them to get access to the interior.


*The US Navy uses dolphins in approximately the same way as we use guard dogs or bloodhounds on land. The dolphins can be trained to carry out all sorts of tasks including monitoring strategically important underwater areas or finding mines. They are much faster, more precise and more efficient than any alternatives produced so far by humans. In addition, these tasks are like a game for the dolphins.

University of Copenhagen: Researchers will enlighten us about insurance and…

iednewsdesk Jan 25, 2022
With DKK 45 million (€6M) over the next 12 years, the University of Copenhagen has landed a historically large…