Two new species of a rare ant genus have been discovered in India. The species of the ant genus Ooceraea found in Kerala, and Tamil Nadu add to the diversity of this rare genus. They differ from others of the same genus on the basis of the number of antennal segments.

One of them found in the Periyar Tiger Reserve of Kerala, has been named Ooceraea joshii, in honour of Prof. Amitabh Joshi, a distinguished evolutionary biologist from Jawaharlal Nehru Centre for Advanced Scientific Research (JNCASR) an autonomous institute of the Department of Science & Technology (DST), Government of India.

New species are typically named after some distinguishing attribute or location but are often named after scientists as a means of honouring their research contributions to biology, especially in the fields of evolutionary and organismal biology, ecology or systematics.

The two new species, the first ones spotted with ten-segmented antennae among this rare genus, were discovered by a team led by Prof. Himender Bharti of Punjabi University, Patiala. The discovery has been published in the journal ZooKeys.

The newly discovered ant species with ten segmented antennae discovered, establish an old world lineage that contains a species emerging as the only model organism among the ant subfamily. 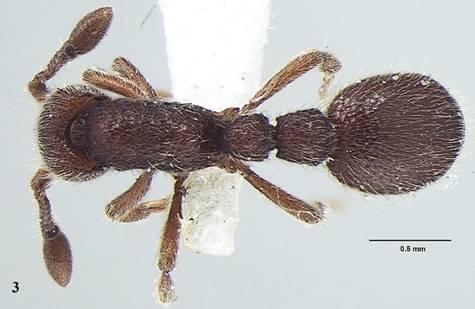