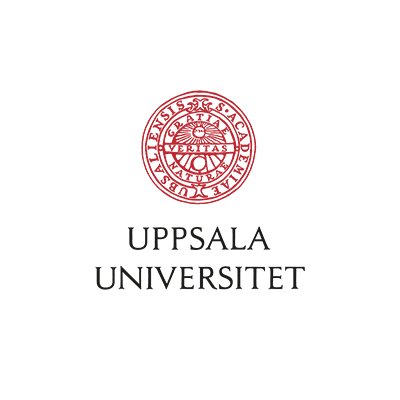 Today, the Swedish Government decided to assign to Uppsala University the task of setting up a new national knowledge centre for research on nuclear disarmament. With an interdisciplinary approach and researchers in fields including peace and conflict research, nuclear physics, artificial intelligence (AI) and political science, the incipient Alva Myrdal Centre will conduct research with the goal of contributing to a safer world for humankind.

“Being entrusted with this task is truly valuable to us. Uppsala University has the great strength of having cutting-edge skills in many different subjects. That means we also have a broad spectrum of issues we can collaborate on with researchers from all over the world. Complicated questions like this need to be tackled from numerous different angles,” says Professor Tora Holmberg, Vice-Rector of the Disciplinary Domain of Humanities and Social Sciences at Uppsala University.

The research to be conducted at the Alva Myrdal Centre will comprise the whole process involved in nuclear disarmament, i.e. before, during and after the conclusion of a disarmament pact. The Centre wants to be able to answer such questions as which threats and opportunities result in parties wanting to reach agreements; which problems may arise during negotiations, and how they can be solved; and how to ensure that agreements are genuinely implemented. The Centre will bring together researchers, teachers, decision makers, practitioners and civil society to elucidate all these questions.

“Why we do research on peace and conflicts is to be able to contribute to nuclear disarmament, and thereby a more peaceful and secure world. We’re going to find out what can make nations reduce their nuclear weapon arsenals or refrain completely from acquiring and using such weapons. We want to find methods that enable us, for instance, to discover whether those that claim to have destroyed their nuclear weapons have genuinely done so,” says Professor Erik Melander, Head of the Department of Peace and Conflict Research.

The Centre will build up new cutting-edge skills and gain profound insights into nuclear disarmament by advertising a newly created professorship and appointing PhD students and postdoctoral researchers. Another of the Centre’s functions will be to coordinate working groups, jointly with international researchers, for interdisciplinary networks within the University.

In cooperation with other stakeholders, the Centre will disseminate knowledge of nuclear disarmament by holding and hosting conferences and workshops, for example. One key point is the need to bridge the gaps between academic research and policy development by conducting discussions in greater depth.

The Centre’s location at the Department of Peace and Conflict Research is strategically significant. With its high international repute, this Department is not only an attractive environment for recruiting top researchers in the area, but also a favourable setting for studying conflict patterns in the world where the issue of nuclear weapons is relevant. Collaboration with the nuclear physicists has a major bearing on implementation issues, among others. The Centre’s first assignment will be to carry out a comprehensive survey of the current status of global research.

“This research isn’t going to be political. We’re not engaged in foreign policy; instead, we perform research on, and provide knowledge of, the state of affairs. It’s the Government and Ministry for Foreign Affairs that decide on foreign-policy issues. Neither are we a think tank, working on behalf of some party or organisation. This remit has gone to the whole of Uppsala University after an evaluation by the Swedish Research Council, assisted by the Swedish Radiation Safety Authority and the Swedish Defence Research Agency,” Melander says.

“As a knowledge centre, we’re not going to adopt positions on different issues. On the other hand, the researchers associated with us will be encouraged to take part in public debate. All the research is unrestricted, and researchers are free to reach varying conclusions. And that’s good, since diverse viewpoints on this issue are needed.” The Centre is being named the Alva Myrdal Centre for Nuclear Disarmament at Uppsala University, after Alva Myrdal (1902–86). A former Uppsala student, she became an internationally renowned disarmament negotiator and was one of the two winners of the Nobel Peace Prize in 1982.

“People sometimes say it’s naïve to believe the world will ever disarm. As in many other areas, sometimes you go one step forward and then two steps back. But in parallel with rearmament, a huge amount of disarmament has already taken place. And that’s good, of course, in terms of achieving a more peaceful, humane world,” Melander says.

“Our quest is to understand these types of disarmament processes better.”

Part of the Konemiehentie will be closed – traffic arrangements are changing