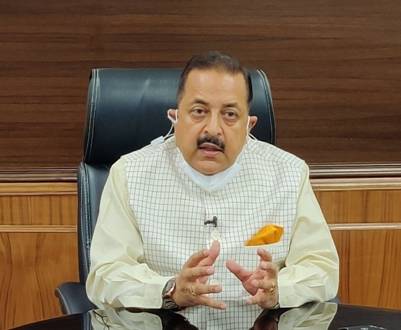 Describing the economic package as innovative, futuristic and bold, Dr Jitendra Singh, who is also MoS In-Charge Department of Atomic Energy and Department of Space, said that for over six decades, India’s Space technology and Atomic Energy operated behind a shroud of secrecy and it became virtually a taboo to plan anything new or out – of -box, and continued with what was already going on in a limited sphere.

He said, for the first time under Prime Minister Sh Narendra Modi, the Department of Atomic Energy has got an opportunity to realize its applications in diverse areas and for the benefit of our day-to-day life. Dr Jitendra Singh said, the production of medical isotopes in India will not only offer the option of affordable treatment for cancer and other diseases, but will also come to the service of humanity across the world. Similarly, he said, the other atomic energy related reforms in the package relate to the use of radiation technology for food preservation and prolongation of shelf life. This know-how, he said, is available with our scientists but the promotion of radiation technology in PPP mode is being done for the first time.

As far as space is concerned, Dr Jitendra Singh pointed out that the economic package has put across reforms for accommodating private sector in Space/ISRO working thus providing a level playing field for private companies in satellite launching and related activities. In addition, a significant decision is to allow liberal geo-spatial policy for providing remote sensing data to technical entrepreneurs, he added.