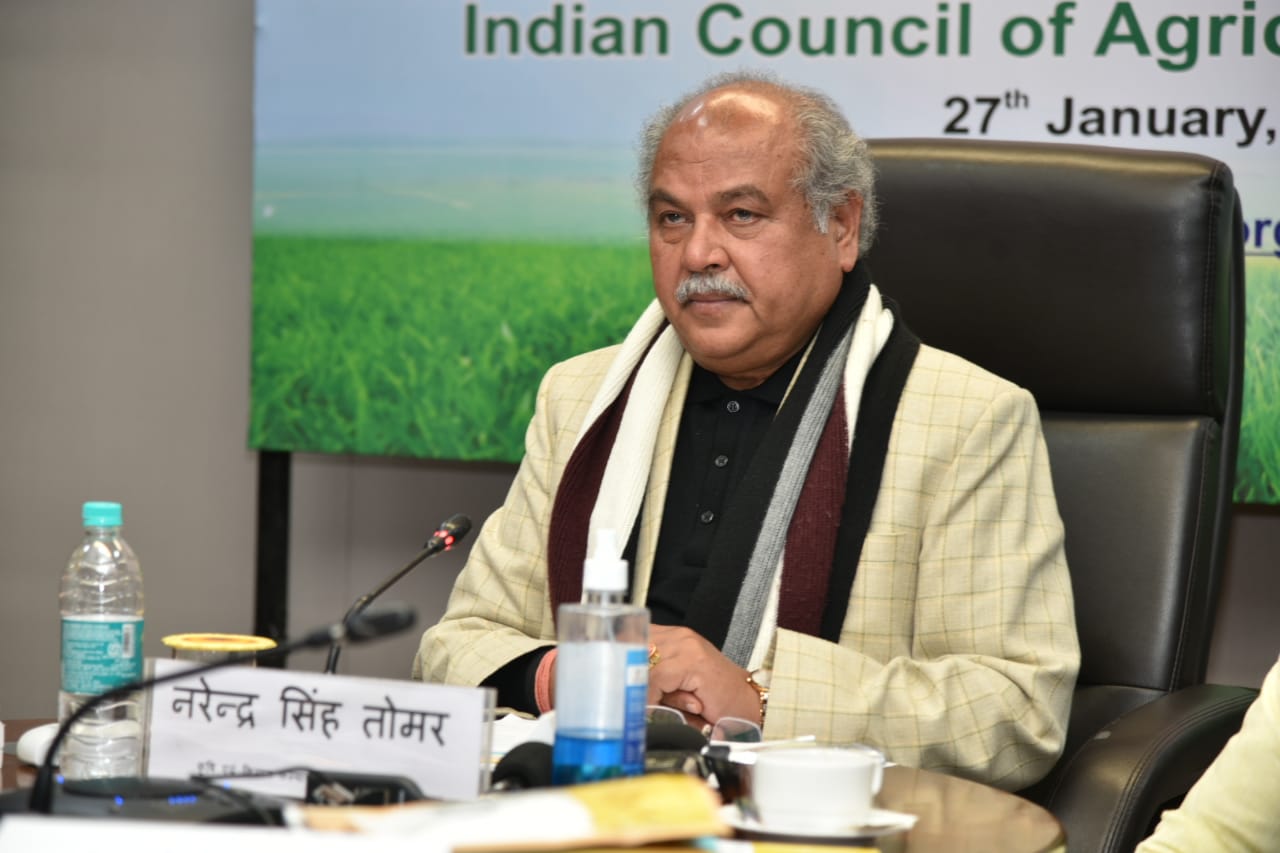 New Delhi: Narendra Singh Tomar, Union Minister of Agriculture & Farmers’ Welfare addressed the 92nd Annual General Meeting of the ICAR Society today.Shri Tomar briefed about the science driven path developed by ICAR to resolve the various agricultural and farming problems along with the government’s schemes for doubling the farmers’ income by 2022. The Union Minister applauded the invincible efforts of the agricultural scientists, teachers, students and farmers associated with the Council. He also stressed that the farmers’ hard work and latest technologies developed by the agricultural scientists have helped the country to achieve an important place in milk production and fisheries sector at the global level.

The Union Minister underlined the Central Government’s implementation of several comprehensive schemes for enhancing the production and productivity to accelerate the growth rate of agriculture and empower the farmers of the country. He emphasized that the Farmers’ Producers’ Organizations will play a pivotal role in resolving the various agricultural and farming problems in the country. Shri Tomar stressed that even during the challenging times of COVID-19 Pandemic; the Council maintained its relevance by achieving considerable growth in the production of various necessary food crops. He stated about the development of various new varieties of crops by the Council that is rewarding the country in many ways.

Underlining the un-parallel contributions of the Council and Agricultural Universities, the Union Minister urged to make the agricultural sector to be more employment-oriented with the help of the New Education Policy. Shri Tomar accentuated that the joint efforts will help in growth of the country’s agricultural sector, empower the farmers and enhance their income.

Shri Kailash Choudhary, Union Minister of State for Agriculture & Farmers’ Welfare stressed on the importance of agriculture for the development of a nation. The Minister stressed on the importance of improved varieties of seeds, storage facilities, lower cost of production, availability of proper fertilizers and efficient marketing systems for enhancing the farmers’ income. Shri Choudhary emphasized on organizing the various programmes to encourage the farmers to adopt organic farming.

Dr. Trilochan Mohapatra, Secretary (DARE) & Director General (ICAR) outlined the Council’s major achievements for the year. Dr. Mohapatra stressed that along with the agricultural research and education, the Council is also dedicated to promote the newest and latest agricultural technologies to the farmers.

The various ICAR Products and Publications were also released on the occasion.

In his address, the Divisional Commissioner Jammu called for exploring…