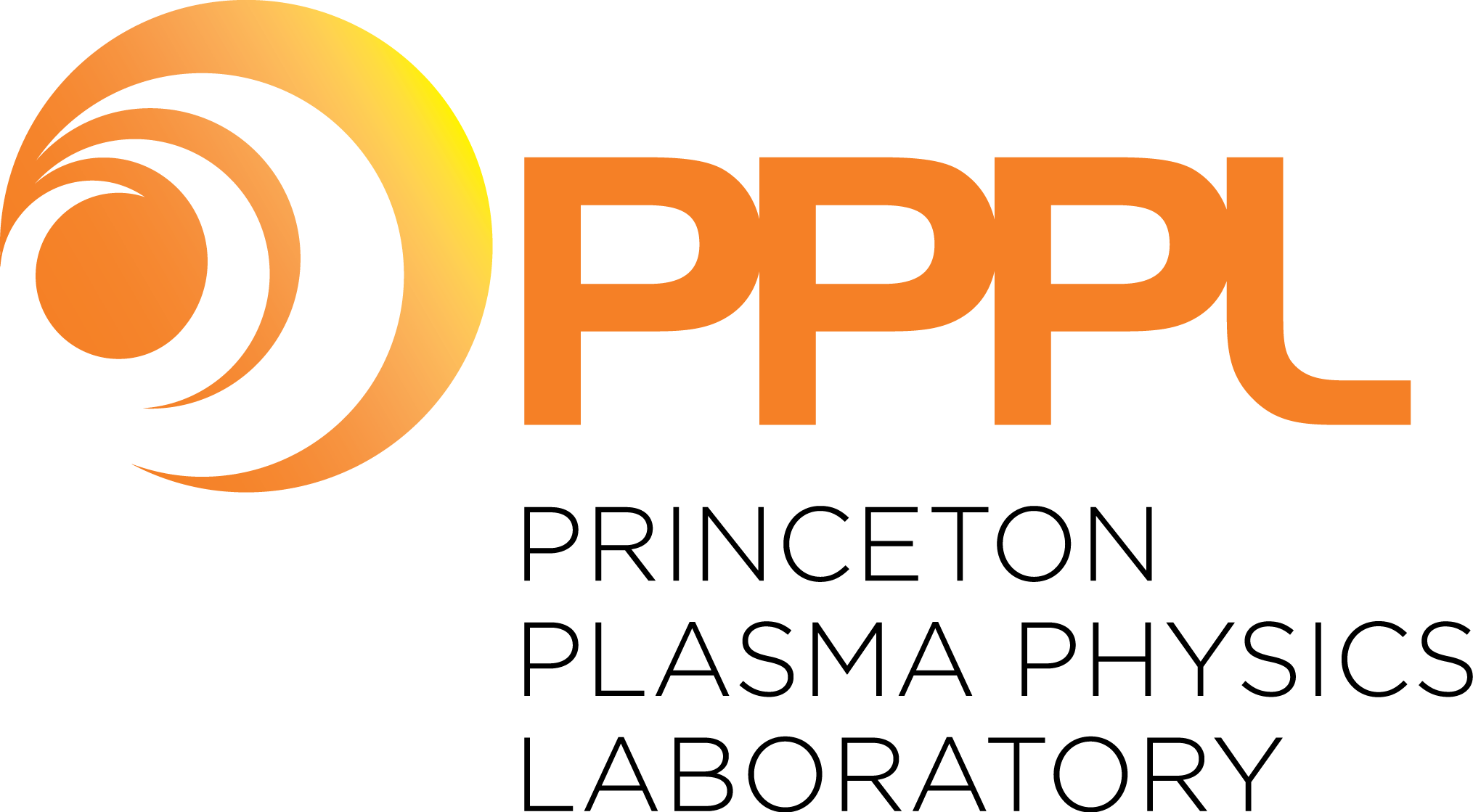 Physicist Kendra Bergstedt in front of an artist’s conception of the Magnetiospheric Multiscale Mission and the Earth’s magnetosphere
When fast-moving particles from the sun strike the Earth’s magnetic field, they set off reactions that could disrupt communications satellites and power grids. Now, scientists at the U.S. Department of Energy’s (DOE) Princeton Plasma Physics Laboratory (PPPL) have learned new details of this process that could lead to better forecasting of this so-called space weather.

The findings indicate how these regular blasts of fast-moving particles from the sun interact with the magnetic fields surrounding Earth in a region known as the magnetosphere. During these solar outpourings, the sun’s and Earth’s magnetic field lines collide. The field lines break and then reattach, releasing huge amounts of energy in a process known as magnetic reconnection. That energy disperses through the magnetosphere and into Earth’s upper atmosphere.

The scientists developed a computer program, or algorithm, to automatically detect bubble-like structures called “plasmoids” in data gathered from the magnetosphere. The program analyzed information gathered by NASA’s Magnetospheric Multiscale (MMS) mission, a group of four spacecraft launched in 2015 to study reconnection in the magnetosphere.

“Exactly how reconnection begins and releases energy is still an open question,” said Kendra Bergstedt, a graduate student in the Princeton Program in Plasma Physics at PPPL and lead author of the paper(link is external) reporting the results in Geophysical Research Letters. “Getting a better understanding of this process could help us forecast how solar storms affect us here on Earth. We could also get better insight into how reconnection impacts fusion reactions.” In addition, magnetic reconnection is relevant to fusion energy(link is external), the power that drives the sun and stars, which PPPL is studying in an effort to duplicate.

The computer program looks for patterns in the data and avoids inconsistencies that might occur if the pattern-hunting had been conducted by individuals. “One person might look at data and think it’s a particular plasmoid structure while someone else could look at it and disagree,” Bergstedt said.

The findings shed new light on the emergence of particle energy. “There is ongoing debate about what parts of the reconnecting region contribute the most to particle energization and how,” Bergstedt said. “We found that the smaller-scale plasmoids that we studied in the reconnection region didn’t make a large contribution to the total energy imparted from the magnetic fields to the particles.”

This finding was a surprise. “We all expected that most of the energization would happen in these plasmoids, which are the focus of both the MMS mission and PPPL’s Magnetic Reconnection Experiment (MRX),” said Hantao Ji, physicist at PPPL and advisor for Bergstedt’s first-year research project, which generated this paper. “These results strongly motivated the Facility for Laboratory Reconnection Experiment (FLARE), our next-step experiment that is intended to generate magnetic reconnection in these new regimes with many more structures and all turbulence in between.”

The findings were notable because the physics is so complex. While scientists have made significant progress in understanding reconnection, there is still a lot to learn. “And understanding the connection between turbulence and reconnection is even harder,” said Jongsoo Yoo, a PPPL physicist and co-author of the paper. “Kendra did a good job getting some new insights into the process.”

Since her analysis was applied only to a limited region of the magnetosphere, Bergstedt hopes that the algorithm will be used to study other regions. “It was both a blessing and a curse that I looked at such a small region,” she said. “It’s a blessing because I get to look at this one system as a whole and not compare the phenomena in this region to the phenomena in another region.”

Collaborators included researchers from PPPL, the University of Colorado-Boulder, and NASA’s Goddard Space Flight Center. This research was funded by the DOE Office of Science.

PPPL, on Princeton University’s Forrestal Campus in Plainsboro, N.J., is devoted to creating new knowledge about the physics of plasmas — ultra-hot, charged gases — and to developing practical solutions for the creation of fusion energy. The Laboratory is managed by the University for the U.S. Department of Energy’s Office of Science, which is the single largest supporter of basic research in the physical sciences in the United States and is working to address some of the most pressing challenges of our time. For more information, visit https://energy.gov/science(link is external)

‘Gender-based violence is a pandemic, if not a civil war, and it has to end’ – UP Vice-Chancellor Prof Kupe

Newcastle University: Dr Lawrence Zazzo to perform at the Salzburg…

Ural Federal University: Physicists Have Prepared an Issue of One of…