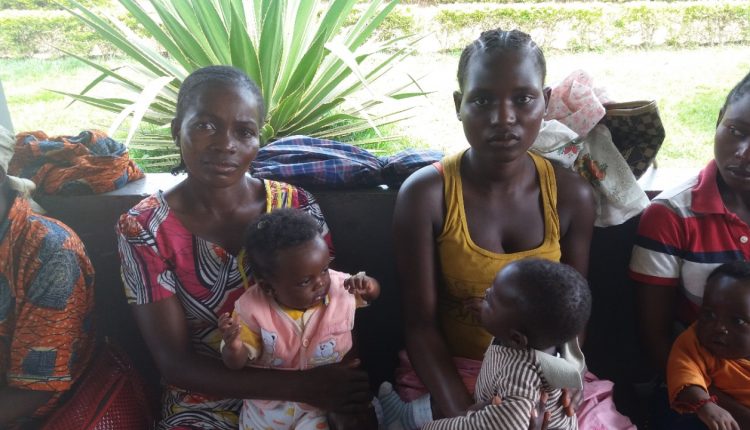 Brazzaville: The Global Fund, the Government of the Republic of Congo and health partners today launched two new grants to strengthen prevention and treatment services to fight HIV, TB and malaria and build resilient and sustainable systems for health.

The two grants, worth over US$64 million, represent a 97% increase from the previous allocation and will run from 2021-2023. UNDP will implement the HIV and tuberculosis grant, while Catholic Relief Services will implement the malaria grant.

To date, with support of donors and partners, more than US$122 million has been invested in the Congo. This has helped expand access to HIV and TB treatment. Approximately 26,000 people living with HIV are currently receiving antiretroviral therapy and 12,000 patients are tested and treated for TB every year. In 2019 alone, more than 2.6 million mosquito nets have been distributed to protect families against malaria.

“In the context of the country’s financial crisis, exacerbated by the COVID-19 pandemic, the grants allocated to Congo are a breath of fresh air. They provide renewed impetus to the government’s action in favor of populations affected by HIV, tuberculosis and malaria,” said Prime Minister Clément Mouamba.

“This is a critical time for the Republic of the Congo, as the COVID-19 pandemic threatens to reverse the hard-won health and development gains of recent years,” said UNDP Administrator Steiner. “The Global Fund grants will play a pivotal role in supporting the Ministry of Health to strengthen the health system in the country and help people access the vital services they need.”

“These new investments represent an important milestone in our partnership with the Government of the Congo and our health partners,” said Sands, Executive Director of the Global Fund. “We acknowledge the progress made by the country over the past three years and we must work even harder to step up the fight against HIV, TB and malaria and strengthen health systems. We must all rise to the challenge.”

“UNAIDS looks forward to continuing to work closely with all partners to accelerate the elimination of mother-to-child transmission of HIV and paediatric AIDS in Congo-Brazzaville, and to improve access to HIV/TB programmes, sexual and reproductive health and legal services for young women and adolescent girls and all groups at higher risk of contracting HIV,” said Winnie Byanyima, Executive Director of UNAIDS.

“Under the last Global Fund malaria grant, the country was able to complete its first nationwide mass distribution of bed nets, achieving malaria protection for 4.7 million people. The new program that is being officially launched today is a unique opportunity for all of us to accelerate the fight against the three diseases and save more lives,” said Sean Callahan, President of Catholic Relief Services.

The HIV grant in Congo intends to significantly increase the number of people living with HIV who know their HIV status and expand access to lifesaving antiretroviral therapy, particularly for pregnant women. The TB component of the grant aims to boost the national TB response, increase the notification of new TB cases and reach a 90% treatment success rate by 2023, in line with WHO’s End TB Strategy. The grant will also support the country’s efforts to improve treatment success for multidrug-resistant TB patients. The malaria grant will support the country’s goal to distribute 3.5 million mosquito nets by 2023 and expand access to quality malaria diagnostics and treatment tools.

iednewsdesk Oct 23, 2021
The idea for potential collaboration emerged last summer, when a group of researchers from JINR’s Dzhelepov…