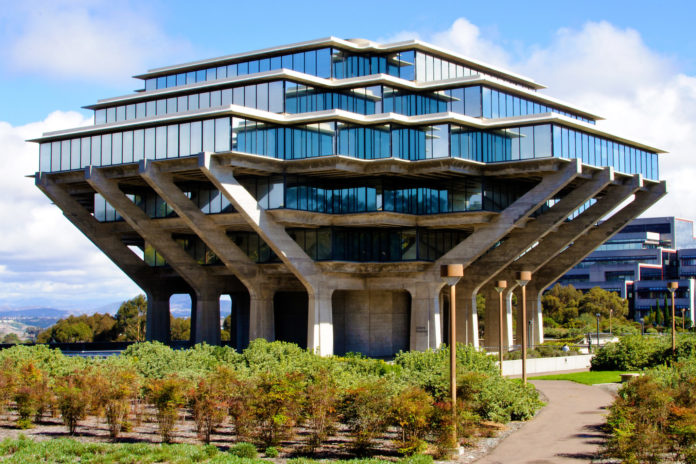 Bacteria is all around us—not just in bathrooms or kitchen counters, but also inside our bodies, including in tumors, where microbiota often flourish. These “small ecologies” can hold the key to cancer drug therapies and learning more about them can help development new life-saving treatments.

What happens when different strains of bacteria are present in the same system? Do they co-exist? Do the strongest survive? In a microbial game of rock-paper-scissors, researchers at the University of California San Diego’s BioCircuits Institute uncovered a surprising answer. Their findings, titled “Survival of the weakest in non-transitive asymmetric interactions among strains of E. coli,” appeared in a recent edition of Nature Communications.

The research team consisted of Professor of Bioengineering and Molecular Biology Jeff Hasty; Michael Liao and Arianna Miano, both bioengineering graduate students; and Chloe Nguyen, a bioengineering undergraduate. They engineered three strains of E. coli (Escherichia coli) so that each strain produced a toxin that could kill one other strain, just like a game of rock-paper-scissors.

When asked how the experiment came about, Hasty commented, “In synthetic biology, complex gene circuits are typically characterized in bacteria that are growing in well-mixed liquid cultures. However, many applications involve cells that are restricted to grow on a surface. We wanted to understand the behavior of small engineered ecologies when the interacting species are growing in an environment that is closer to how bacteria are likely to colonize the human body.”

The researchers mixed the three populations together and let them grow on a dish for several weeks. When they checked back they noticed that, across multiple experiments, the same population would take over the entire surface—and it wasn’t the strongest (the strain with the most potent toxin). Curious about the possible reasons for this outcome, they devised an experiment to unveil the hidden dynamics at play.

Going back to the rock-paper-scissor analogy, if we assume the “rock” strain of E.coli has the strongest toxin, it will quickly kill the “scissor” strain. Since the scissor strain was the only one able to kill the “paper” strain, the paper strain now has no enemies. It’s free to eat away at the rock strain slowly over a period of time, while the rock strain is unable to defend itself.

To make sense of the mechanism behind this phenomenon, the researchers also developed a mathematical model that could simulate fights between the three populations by starting from a wide variety of patterns and densities. The model was able to show how the bacteria behaved in multiple scenarios with common spatial patterns such as stripes, isolated clusters and concentric circles. Only when the strains were initially distributed in the pattern of concentric rings with the strongest in the middle, was it possible for the strongest strain to take over the plate.

It is estimated microbes outnumber human cells 10 to 1 in the human body and several diseases have been attributed to imbalances within various microbiomes. Imbalances within the gut microbiome have been linked to several metabolic and inflammatory disorders, cancer and even depression. The ability to engineer balanced ecosystems that can coexist for long periods of time may enable exciting new possibilities for synthetic biologists and new healthcare treatments. The research that Hasty’s group is conducting may help lay the foundation to one day engineer healthy synthetic microbiomes that can be used to deliver active compounds to treat various metabolic disorders or diseases and tumors.

Vice Chancellor for Research Sandra Brown said, “Bringing together molecular biology and bionengineering has allowed discovery with the potential to improve the health of people around the world. This is a discovery that may never have occurred if they weren’t working collaboratively. This is another testament to the power of UC San Diego’s multidisciplinary research.”

The BioCircuits Institute (BCI) is a multidisciplinary research unit that focuses on understanding the dynamic properties of biological regulatory circuits that span the scales of biology, from intracellular regulatory modules to population dynamics and organ function. BCI seeks to develop and validate theoretical and computational models to understand, predict and control complex biological functions. The institute is comprised of over 50 faculty from UC San Diego and other local institutions, including Scripps Research, the Salk Institute and the Sanford-Burnham Medical Research Institute.