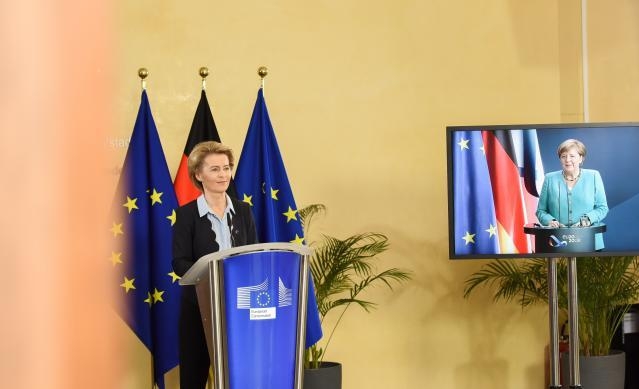 Next six months crucial for the EU, says von der Leyen at the start of the German Presidency of the Council of the EU

New Delhi: The College of Commissioners met today via videoconference the Government of Germany for the beginning of the German Presidency of the Council of the EU. President of the European Commission Ursula von der Leyen said that the start of the German Presidency came at a crucial point in time as the next six months would, to a large extent, determine the future of the EU.

“Not only must we overcome the crisis, but rather we want to and we must also continue courageously along the path of modernisation within the European Union”, she said at the press conference following the meeting. “Europe’s most significant challenges before the crisis will remain the same once this crisis is over: climate change, digitalisation, and Europe’s position in the world.”

RWTH: Bringing Together Suppliers and Users of Sustainable…

She reminded of the urgency of the task to forge an agreement on the NextGenerationEU and the long-term EU budget in the European Council, saying it was the crisis that ‘sets the pace’. “Every day we lose, we will be seeing people losing their jobs, companies going bust, and the weakening of our economies.”

She stressed that the two sides working together can help Europe navigate its way through this crisis with strength and unity, as well as make NextGenerationEU a catalyst for modernisation in Europe.

The College of Commissioners today also met with the members of the Bundestag via videoconference.

Compulsive internet use by teens linked to emotional issues: study