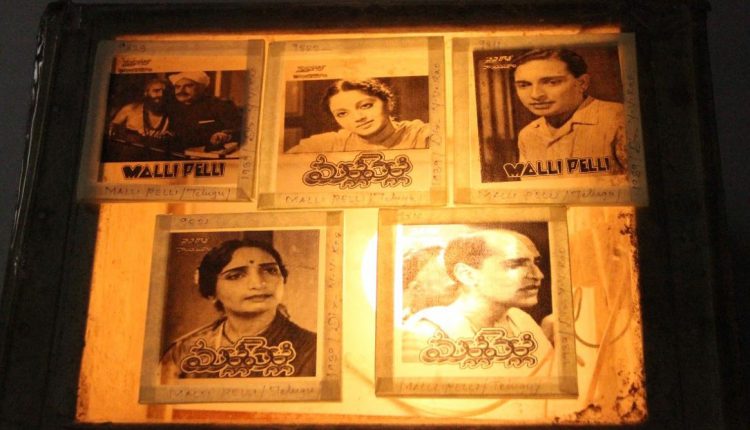 Mumbai: In a major acquisition, the National Film Archive of India has added more than 450 glass slides of the films to its collection. These glass slides are an integral part of the early cinema viewing experience. Made by pressing a film positive between two thin glass squares, these slides were used for announcing new attractions before the commencement of a film or during intervals in theatres.

Mr Prakash Magdum, Director, NFAI, said, “Glass slides are exquisite records of Indian cinematic heritage, and we are happy to preserve these in our archival collection. In the wake of fast-changing technologies having these glass slides in such huge numbers is a rare and significant discovery. I appeal to all film lovers to come forward and deposit film footages, photographs, posters, lobby cards and other such material so that it can be preserved.”

The film positives used to prepare the glass slide were miniatures of the film poster or publicity material for newspapers and magazines. These glass slides represent the pictorial history of early Telugu cinema from the late 1930s to the mid-1950s and feature lovely frames tracing the gravitas of Telugu films during the early decades of Indian talkie.

Commenting on the significance of the collection, Smt. Arti Karkhanis, in-charge of documentation at NFAI said, “These glass slides give a bird’s eye view of the publicity scenario in the Telugu industry in its formative years. It has a great reference value for film researchers, and we will soon digitize them.”

Last year too NFAI acquired nearly 400 glass slides. Presently, NFAI has over 2000 such glass slides of Hindi, Gujarati and Telugu films in its collection.