Mumbai: The 13th edition of NFDC Film Bazaar 2019 will be held during November 20-24, 2019 at the Goa Marriott Resort alongside the International Film Festival of India (IFFI) 2019. Submissions are invited for Co-Production Market, WIP Lab (Fiction only) and Viewing Room (Fiction/Documentary/Animation/Shorts). Feature length fiction films in the rough cut are eligible to apply to both WIP Lab and Viewing Room. Please visit www.filmbazaarindia.com for application forms and more details. For further queries, write to: [email protected]

The Co-Production Market is a platform where curated projects with South Asian themes can find financial and artistic support. Every year, filmmakers with projects selected for the Market get numerous avenues to connect with Indian and international producers, distributors, sales agents and financiers who are active in the field of co-production.

The WIP Lab is a lab designed to achieve an accomplished final cut of a film. Up to five films in their rough-cut stage are selected to be presented to a panel of international film experts for their feedback, after which there is a session with an international editor who guides the filmmaker towards a final cut. Feature-length films of any genre in the rough-cut stage are invited to apply to the WIP Lab.

The Viewing Room will present films seeking finishing funds, world sales, distribution partners and film festivals to investors, world sales agents and film festival programmers attending the Film Bazaar. Here, films are viewed on individual computer terminals in private booths via a specially designed software which allows the users to contact the director or producer of the film via email. Films of all genres and lengths in rough or final cut are invited to apply to the Viewing Room.

The films that were a part of the previous editions of Film Bazaar had their world premieres at leading international film festivals and some have even gone on to enjoy a successful theatrical run. A few of these titles include – The Lunchbox, Bombay Rose, Lipstick Under My Burkha, Dum Laga Ke Haisha, Titli, Thithi, Soni, Ma’ama, In the Shadows, The Gold-Laden Sheep and the Sacred Mountain, Ship of Theseus and Moothon.

ASCI releases guidelines for usage of Awards and Rankings in Advertisements

CAPED becomes partner for a cause for a musical event curated by Atrangi Factory...

Edu Events January 20, 2020
0
New Delhi: Cancer Awareness, Prevention and Early Detection Trust aka CAPED  India, as the name suggests is an organisation working towards the cause of cervical... 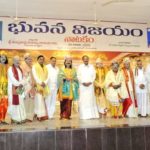 CAPED becomes partner for a cause for a musical event curated...