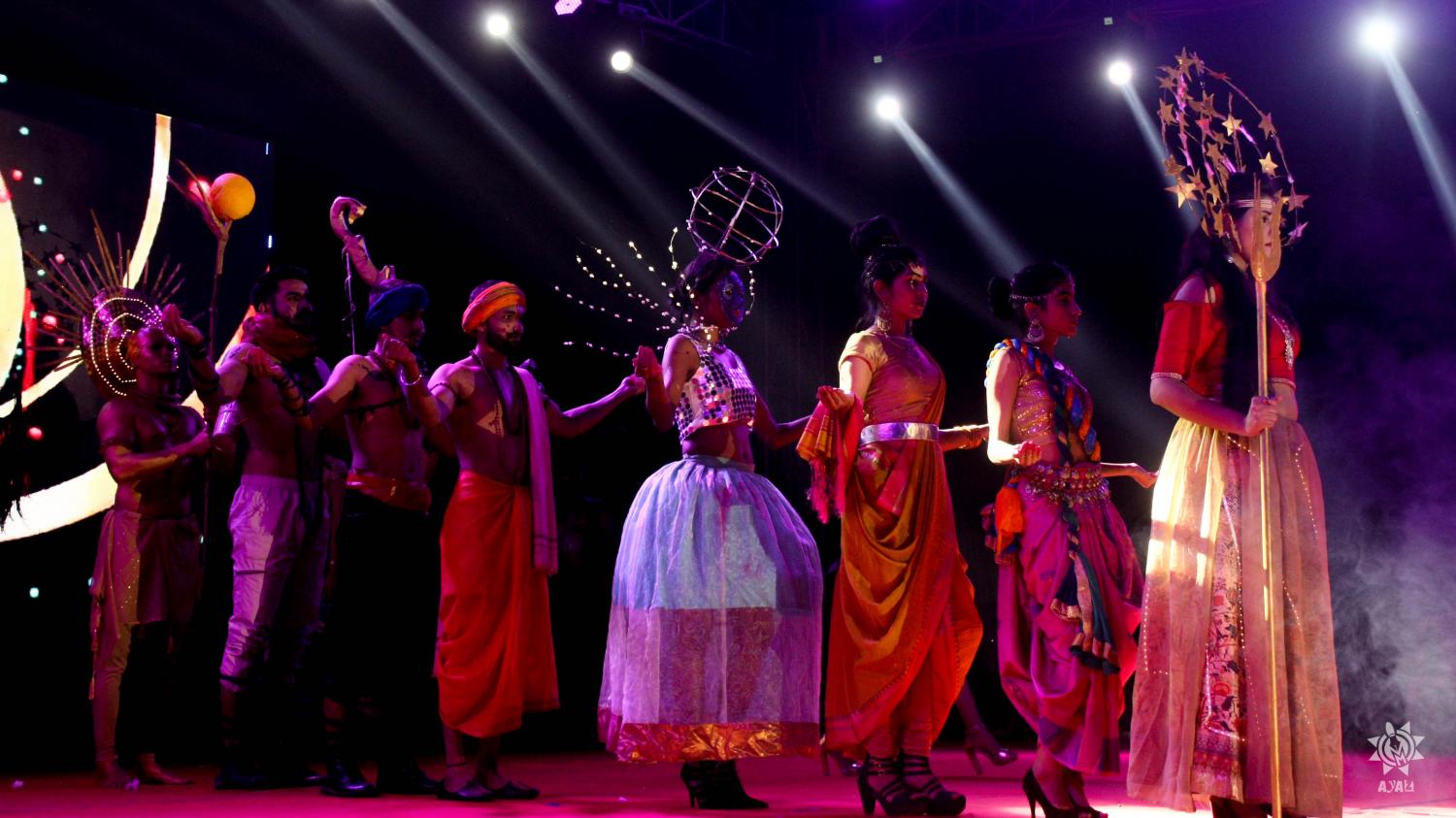 A typical NIT Rourkela alumnus remembers (and misses) three things from their time here: the company, the campus, and the fests. Be it the freezing nights, crowded restaurants or the remotely accessible campus, nothing saps the gusto of the students from traveling miles just to witness the cultural carousel that is NITRUTSAV , organized by Student Activity centre of National Institute of Technology , Rourkela .
The inauguration ceremony which was held at the Bhubaneswar Behera Auditorium (BBA) announced the official beginning of the cultural fest. It was followed by the lighting of the ceremonial lamp by the Director-in-charge Dr. Sukhdev Meher and Dean Student welfare, Simanchal Panigrahi. Other dignitaries included Prof.Rohan Dhiman, VP Literary Society, Prof.Nivedita Patra, VP Literary society, President SAC Prof.Snehasish Chakraverty.
Fashionista and FBB Campus Princess:
While Fashionista and FBB Campus Princess were conducted in Dilip Tirkey Stadium. The event had the biggest attraction of the fest, with Nehal Chudasma (Miss India Universe 2019) as the Judge and Guest of the Event accompanied by Bennett Nathan, the representative from FBB Campus Princess Team. In total, seven teams participated in Fashionista from colleges like NIFT and ITER and the team from ITER, “Envogue” turned out to be the winner who presented their performance on the theme “Devas and Asuras”.
“Celebrating the glorious 10 years of Heartbeats”, the official fusion band of NITR organized the fifth edition of Maktub successfully. A melodious night dedicated to the loved ones cherishing love, togetherness, and compassion, Maktub was a great start to the three-day long cultural fest. A dance competition organized by the NU team, Footloose is a crowd favorite and a public pleaser.
The event was initially supposed to be competition across three categories: Solo, Duet, and Group dance .
Annual Exhibition
Palette, the annual exhibition of Chitrang was held in its third edition in Rajendra Mishra Hall during NITRUTSAV. The exhibition showcased various drawings and paintings made by the members of Chitraang and other individual entries. Keeping up with the customary signature mandala and hand-painted feedback, Chitraang upped the interaction factor with a Back-to-School section where people could color boxes in a color-coded modern art template. The colorfully winged photo booth was a major attraction this year. With an aim to democratize art from the traditional notion, Chitraang had put on multiple exhibits where the hoi polloi could take part, including interactive elements like a live studio with palette knife painting, watercolor painting, real-life painting and a few abstract arts including around 10 canvases made by the audience.
Nukkad steal hearts
‘Nukkad’ was a street play competition organized by Pantomime in front of the Student Activity Centre (SAC) . It had three participating teams: Pantomime, Ritvic and a team from ITER who took turns in getting their message across the audience. The performances explored various themes from the misuse of media to the different social lives that students lead to women empowerment and their roles in the society. All the three teams gave powerful performances with ITER claiming the first prize and Pantomime coming at second.
Apart from this, as a well-known event of the fest, NU Journalist was organized in the Library Lawns. As the name suggests, the participants were supposed to solve a mystery by interrogating the suspects of a presented case. The entire plot was full of twists and turns, based on the theme of NU: ‘Circus’. The participants seemed quite satisfied with the theme and entire set up and applauded the efforts of the managing Club: Clarion (the official debating club of NITR). The event received a massive turnout.
Water Painting
Akriti, the Art and Craft Club of NITR, hosted a workshop on techniques of water painting in the PG Seminar Hall. National Award recipient, Brundaban Maharana, gave a learning session on water painting while showcasing his own skills and techniques perfected over the years. He also discussed the amateur mistakes made by beginners and their correction. Apart from watercolor, he also gave tutorials on using poster colors and acrylic colors. Towards the end of the workshop, he showcased his masterpieces and elucidated on his working methods. He talked about further scopes and opportunities in the field of fine arts.
With the end of NU’19 drawing close, Synergy hosted a dance workshop in association with Divine Torque Crew at SAC Dance Room. The workshop focused on mainly breaking and hip hop dance styles.
Progressive Brothers
The second night of NU was set for the Progressive Brothers tour stop at NIT Rourkela. With the trend genres of Big Room, Future Bass, and others, the concert lasted for two hours. The final night, the NU team came up with Riddles – The Band. Hailing from Kolkata, the group of five make music of experimental rock genre. After an initial two years of struggle, Riddles have performed at other colleges and now, aim to increase their reach.
The fest, held from 1st to 3rd February, an excess of 500 students registered for the fest including a few students from NIT Rourkela itself. participants from various colleges of Odisha including ITER, IGIT Sarang, NIFT, KIIT, IIT Bhubaneswar and other local colleges of Rourkela turned up for the fest .