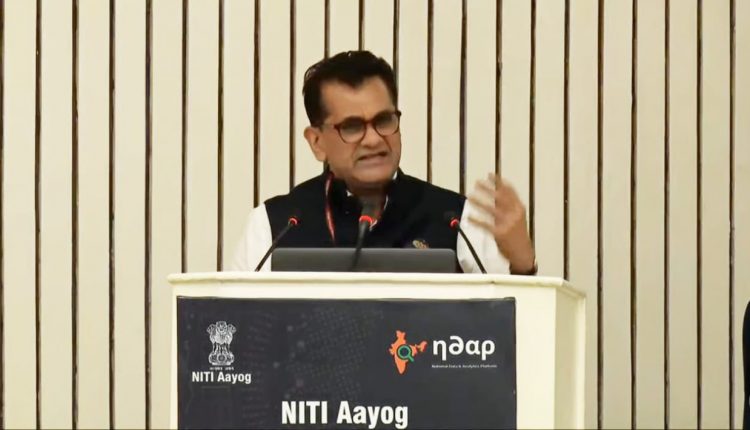 The CEO of NITI Aayog Amitabh Kant said, India is in the midst of a major transformation in the digital space. He added that a strong political leadership and the commitment to continue with radical reforms would play a key role in taking the country to a leadership role in the global economy.

Addressing a breakfast season on the sidelines of the World Economic Forum Annual Meeting 2023 in Davos, Mr. Kant said, “A slew of radical reforms has been carried out by India in the recent years that have put India on a growth trajectory for many decades to come”. He also called upon global investors to join the India growth story.

At a Session organised by industry body CII and Indiaspora, Mr. Kant further said, the Startup India movement has seen the number of startups in the country rising from double-digits to tens of thousands now.