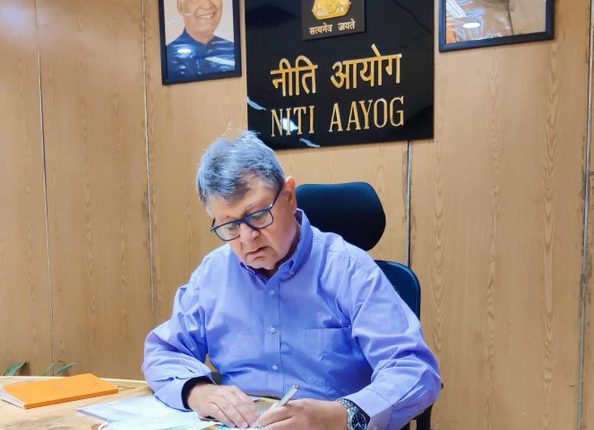 New Delhi: NITI Aayog welcomes Shri Suman Bery as NITI Aayog’s Vice Chairman with effect from May 1 2022. An experienced policy economist and research administrator, Mr Bery will take over from Dr Rajiv Kumar as the head of the premier think tank of the Government of India.

“Rajiv Kumar leaves me a dynamic organization with lots of fresh, young talent and strong links with stakeholders inside and outside the government,” observed Mr Bery. “I am deeply honoured to have been entrusted with its charge at a time of great global uncertainty. NITI’s challenge is to develop a vision of the way ahead based on deep analysis and wide debate, and to work with India’s states, which is where economic development ultimately happens. India’s economic and social choices are of significance to the entire world,” he added.

Indo-Argentinean film ‘Thinking of Him’ set to release in…

Mr Bery has previously served as Director General (Chief Executive) of the National Council of Applied Economic Research (NCAER) and the global Chief Economist of Royal Dutch Shell. He was also a member of the Prime Minister’s Economic Advisory Council, Statistical Commission and the Reserve Bank of India’s Technical Advisory Committee on Monetary Policy. Prior to NCAER, Mr Bery was with the World Bank in Washington DC and his areas included macroeconomy, financial markets and public debt management with a focus on Latin America.

His recent affiliations include Senior Visiting Fellow at the Centre for Policy Research, New Delhi; non-resident fellow at Bruegel, Brussels; and Global Fellow at the Woodrow Wilson Center, Washington DC.  He has also served on the Board of the Shakti Sustainable Energy Foundation, New Delhi.