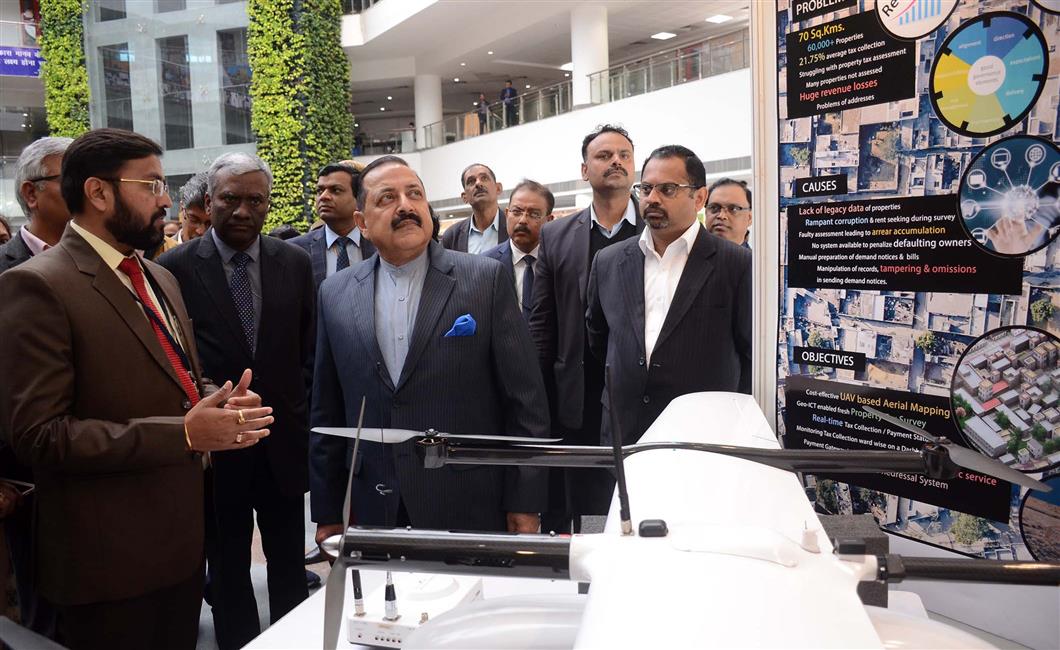 A prime example of how NITI is transforming government work culture from within, the entire fifth floor spanning 40,000 sq ft was transformed to enhance transparency in functioning, maximising efficiency in administration and improve working atmosphere, within a record time of eight months.

NITI Office for New India at the fifth floor of the NITI Aayog has clean, open, collaborative workspaces. The seating capacity has been increased by more than doubled to 300 from earlier 122.

Clutter-free design with ample natural lighting, modular workstations will promote minimalism, an environment that fosters debate and diversity of thought and opinion, and an ambience capturing the vitality of a New India.

With the establishment of NITI Aayog in 2015, radically new systems have been put in place and new processes have evolved in keeping with the Prime Minister’s vision of Transformation of India.

In order to address the need for talented individuals, transparent guidelines have been framed for induction of young professionals and consultants.

Ensuring conversion of all offline, physical files to online, e-filing system, NITI Aayog has assumed stewardship of the Prime Minister’s vision of Minimum Government and Maximum Governance. Over 20,000 files have been converted to E-files in NITI and 99% of the work is done though e-Office today, a feat which was commended by DARPG in February 2019.