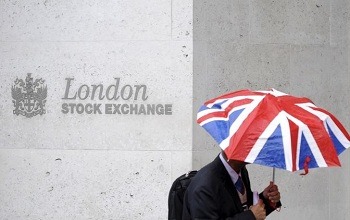 Nitin Gadkari to Open Trading and Address London Stock Exchange On May 11th, 2017

New Delhi: The Minister of Road Transport & Highways and Shipping Shri Nitin Gadkari has been invited by the London Stock Exchange to address its guests and the media on the Government of India’s initiatives in infrastructure and opportunities for investors to participate in India’s growth story. The Minister will also open the market for the LSE for trading on the 11th of May 2017.

Shri Gadkari’s trip may also coincide with the culmination of the NHAI’s debut Masala Bond issuance which is expected to list on the LSE shortly.

Masala Bonds are a major initiative being encouraged by our Government . They have been gaining in popularity among foreign investors. Until recently, the ability of Indian companies and other issuers to borrow from the overseas markets was predominantly limited to foreign currencies, but Masala Bonds have finally taken off, giving Indian companies from various sectors the ability to access the international capital markets and raise financing without taking on the attendant exchange rate risk. What Indian companies need to do now, is to access the Masala Bond market to enhance its liquidity and give international investors the opportunity of exposure to the Indian Rupee.

It is with this objective that the National Highways Authority of India (NHAI) decided to access the Masala Bond Market. Given its strong linkages to the Government of India and its strategically important role for the national economy, the NHAI is uniquely placed to help attract the widest possible investors to the Masala Bond market and help develop it. Towards this objective NHAI has been conducting a global investor engagement exercise targeted at the world’s largest Supra Nationals and Sovereign Wealth Funds, Global Macro Funds and International Asset Managers This exercise is expected to culminate in London.