Bhubaneswar: The present historical and archaeological evidence do not suggest that the Kalinga War and the massacre that followed had taken place in Odisha, said Daya Dissanayake , a Sri Lankan writer and author of the book called “Who is Ashoka?”.

Participating in the monthly Kalinga Literary Corner event here, the writer said since many of the historical facts were interpreted by British and European scholars, these are self- contradictory and do not represent the whole truth.

For example ,he pointed out that the rock edict at Daya River in Odisha does not mention about Kalinga War. Instead the incident has been mentioned at a rock edict far away from Odisha.

“It is possible that Asoka had made this edict to convey people that how he has changed and in a way tried to propagate his ‘Dhamma’,” the author said .

To emphasise his point,he added that “to me it seems odd that he had to place a rock edict where he himself engineered the massacre.”
KLF Corner is an initiative of Kalinga Literary Festival, the biggest festival celebrating literature ,culture and arts held in the state every year.
The KLF Corner intends to popularise literary personalities and literature on regular basis in the state.

In his book ‘Who Is Ashoka?” The writer has tried to establish that Ashoka never tried to propage Buddhism and rather it was his dhamma.

“Ashokan edicts always talked about Dhamma and not of Buddhist Dhamma. But I do not know why people think it is Buddhist Dhamma , said Dissanayake, who has won the highest literary award of Sri Lanka for three times.

He said since Asoka was a man of peace, he focused on spreading happiness than conquering lands . His teachings ,therefore would lead to peaceful continuation of life in any civilisation. 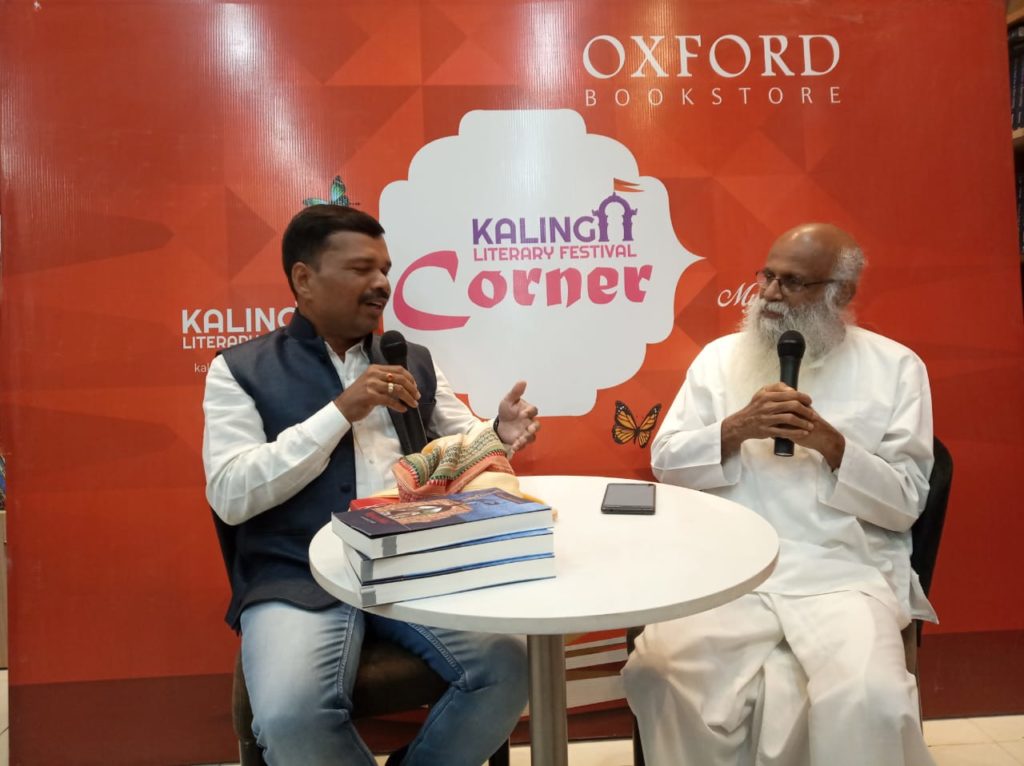 Disisnayake suggested that writers should not go for literary creations having remunerations in mind as this could affect creative freedom.

“Why did Kalidasa and Valmiki had written the great epics? Certainly not to make money. So when money is not the sole factor behind creations , then it paves way for great literary crafts .

To strengthen his point he said there should be no literary award functions and that even selections for Nobel prize also seemed skewed.

For budding writers, he suggested that they should focus in writing for their own pleasure and should go for online publishing once they are confident of attracting readers.