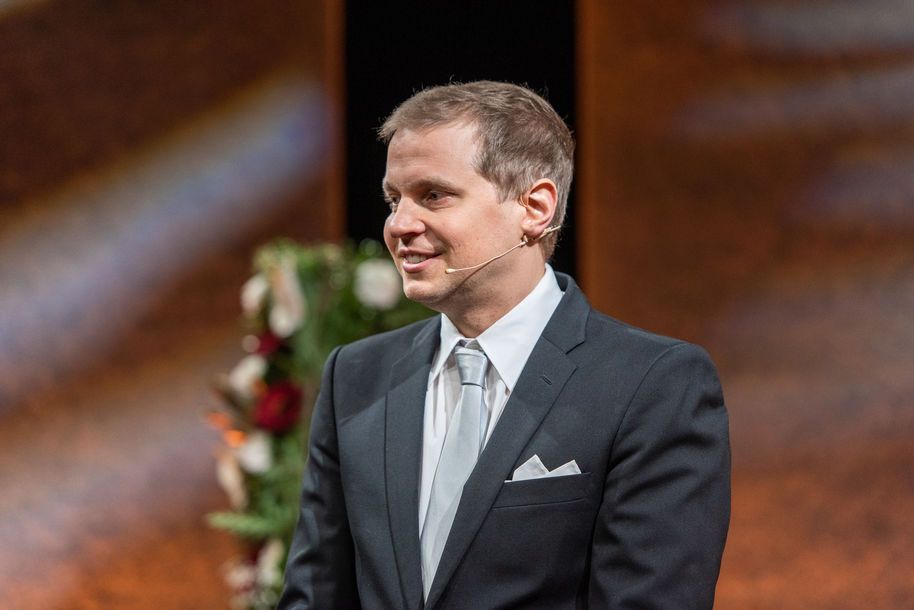 Nokia Foundation award given to Mikko Möttönen for quantum-computing research

Nokia Foundation has granted its 2020 Recognition Award to Mikko Möttönen, Professor of Quantum Technology at Aalto University and VTT Technical Research Centre of Finland, for his contributions to quantum computing research.

“It has been great to see how quantum mechanics, which was generally considered as strange and rare, has over the years become a common tool that is being harnessed for industrial use around the world. I can’t wait to see what it turns out to be, especially in Finland, where, over the decades, we have been able to develop a unique ecosystem,” said Mikko Möttönen, who was honored at the annual Nokia Foundation award ceremony. The event was hosted as a virtual event for the first time.

Recent innovations have paved the way towards the development of commercial applications of quantum computing, one of the most significant emerging research areas in ICT, and is expected to revolutionize traditional electric communications and computing.

Möttönen is a Professor of Quantum Technology at Aalto University and VTT Technical Research Centre of Finland, the leader of the Quantum Computing and Devices group at Aalto University, and a co-founder of the quantum-computer company IQM. Born in 1980, Möttönen completed his doctoral degree in 2005. He has since established himself as a leading researcher in quantum information. He has published more than 120 scientific articles, including four articles in prominent academic journals Nature and Science, and his research has been cited over 6,000 times. Möttönen has acted as a supervisor of 16 doctoral dissertations and 74 other academic theses. His research focuses on the use of superconducting electric circuits in quantum technology, especially in quantum computers.

Möttönen has also significantly influenced the education in this field. He is the Director of the Aalto Bachelor’s Programme in Science and Technology and the Head of its Quantum Technology major. Möttönen has also promoted Finnish research and ICT in his positions of trust, for example as a member of the Scientific Advisory Board for Defence.

The commercialization of quantum technology has been rapid in Finland. IQM — a spinout from Aalto and VTT — was only established in 2019. Now a quantum computer will be built in Espoo, Finland at VTT’s and Aalto University’s joint national research infrastructure OtaNano.

“Quantum technology research is even more important than before. The research area has received a lot of assistance from Aalto, VTT, ministries and other public administration, Business Finland and other funding agencies, and the embassies. I could not even list all the parties involved. All this enables establishment of new companies and development of new inventions”, Möttönen says.

“Quantum computing is an emerging breakthrough technology that will impact the principles of information and communication technologies in the coming years. Significant work in quantum computing in Finland has required long-term research, for example, in low-temperature physics. With this award, we want to honor the importance of this long-standing work, including the recent achievements and extensive cooperation between academic research and broader society. Particularly noteworthy are the steps taken towards the commercialization of scientific results,” said Timo Ali-Vehmas, Chairman of the Board of Nokia Foundation.

The Foundation recognizes groundbreaking and longstanding research in fundamental physics, as well as the talented people behind these achievements. Nokia Foundation promotes and supports Finnish scientific development and education in the fields of information technology, telecommunications and related scientific disciplines.

Professor Möttönen’s research is part of the Center of Excellence in Quantum Technology (QTF). Möttönen’s team is also part of the Horizon 2020 funded QMICS project, part of the EU commission’s Quantum Flagship. The research is carried out using the OtaNano research infrastructure. OtaNano provides state-of-the-art working environment and equipment for nanoscience and -technology, and quantum technologies research in Finland.

iednewsdesk Jan 22, 2022
The systematic review, published in the journal JAMA Psychiatry, looked at 24 studies which covered more than…