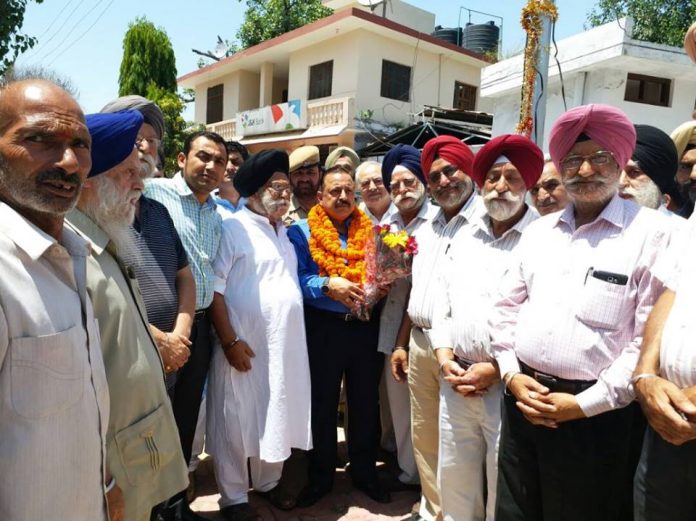 New Delhi: The Ministry of Development of North-Eastern Region (DoNER) will make suitable arrangements for showcasing the Northeast organic products outside, in the rest of India. An initiative in this direction has already begun with the opening up, recently, of a Showroom-cum-Restaurant bearing a common brand name “ONE” (Organic North East) at Dilli Haat in New Delhi. This was stated by Union Minister of State (Independent Charge) for Development of North Eastern Region (DoNER), MoS PMO, Personnel, Public Grievances, Pensions, Atomic Energy and Space, Dr Jitendra Singh while chairing a meeting of NERAMAC (North Eastern Regional Agricultural Marketing Corporation) at Guwahati, Assam today. The Minister is in Assam to take part in the programmes commemorating the completion of three years of Government led by Prime Minister Shri Narendra Modi.

Dr Jitendra Singh said, the high priority accorded to the Northeast by the present government and Prime Minister Shei Narendra Modi is evident from the fact that the Prime Minister chose to observe the completion of three-years of government in this region. He said, it is under the present government that Sikkim was declared as the first “Organic State” of India and a roadmap for developing the entire region as an organic hub of India has been envisaged.

Emphasizing on the importance of developing the agri-horticulture ecosystem of Northeast, Dr Jitendra Singh said, NERAMAC must take up the responsibility of carrying forward this mission and build a modern dynamic marketing apparatus for the purpose. He said, in the absence of organized “Mandis” in most parts of the North-Eastern region, one of the priority activities of NERAMAC should be to act as an aggregator of agri-horti produce in the region, particularly when 80-82% of the agri-horti produce from the region happens to be organic in nature.

Dr Jitendra Singh said, people in other parts of the country are yet to be introduced to the rich and exclusive organic produce of the North-Eastern region and once this happens, they would spontaneously come looking for it. This will not only give a boost to trade and business, but also create opportunities of livelihood, he said.

Earlier, Managing Director of NERAMAC, Shri Pankaj Kumar Prasad made a brief presentation on the organization’s role to act as organic aggregators for Northeast. He said, the NERAMAC is confident to succeed in its plan to promote organic farming and its marketing through different linkages at different levels. Notwithstanding the constraints of poor connectivity and infrastructural drawbacks, the NERAMAC has succeeded in pushing forward its operations, he added.