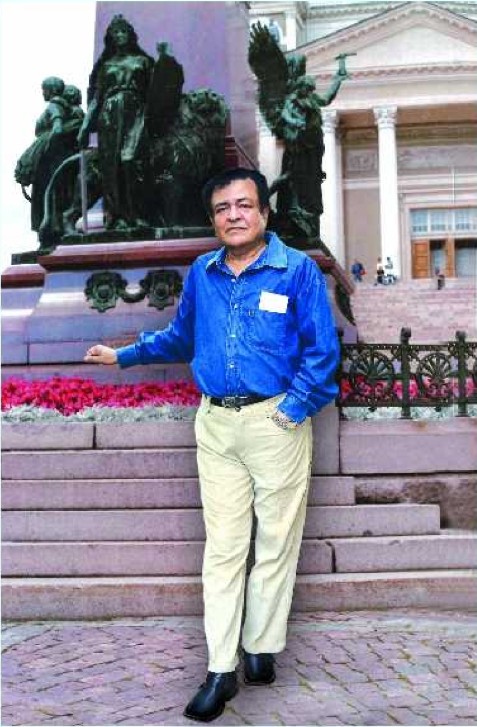 New Delhi: Professor Anant Charan Sukla, noted professor, philosopher, author, and the founding editor of the “Journal of Comparative Literature and Aesthetics” passed away Thursday morning at his Cuttack residence, after a prolonged illness. He was 79.

Born on November 6, 1942, Sukla was a pioneer in comparative literature, philosophy, aesthetics in India. A triple Masters in English, Philosophy, Sanskrit, Prof Sukla did his PhD from Jadavpur University, Calcutta and retired as professor of English from Sambalpur University in 2002. His ground-breaking work “The Concept of Imitation in Greek and Indian Aesthetics” is still a gold standard in comparative aesthetics.

Sukla founded the Vishvanatha Kaviraja Institute and the Journal of Comparative Literature and Aesthetics in 1977 by collaborating with the greatest scholars from the West and India like Monroe Beardsley, M H Abrams, Mircea Eliade, Rene Wellek, Harold Osborne, John Hospers, KRS Iyengar, VK Gokak, PS Sastri, SC Sengupta, Jagannath Chakravorty, and Sisir Chatterjee. He continued editing and publishing the journal for over 40 years. His books have been published by leading publishers of the West like Praeger, Bloomsbury, and Brill, besides Rupa & Co and Sahitya Akademi.

New York University: For One Model of Criminal Justice…

“Immensely humane and erudite, he was one of the very few English professors in Odisha who had filled a gaping void in the heart of English studies caused by the absence of any encounter with Sanskrit. And he had done it before GN Devy and others did it,” said former professor of English at Utkal University, Himansu Mohapatra.

“He was our window to a larger academic world. He taught us comparative aesthetics. In spite of the constraints a very small town imposes upon academic projects, he managed to bring his journal regularly. This was an amazingly impressive intellectual feat,” former professor of English at Utkal University and noted translator Jatin Nayak said.

“His work was my introduction to comparative aesthetics. Even today, there is a dearth of publication on Indian aesthetics and it is his work which is still an inspiration for many of us,” said Parul Dave Mukherji, Dean of the School of Arts and Aesthetics, JNU, New Delhi.
Sukla was simply fascinated by comparing the Orient and the Occident, and this fascination which forms the basis for his works is being recounted by scores of scholars from India and abroad through their condolence messages.

Prof Sukla’s last rites were performed at his native place and residence at Bhadrak. He is survived by his wife and two sons.

New York University: For One Model of Criminal Justice Reform, Look to Early,…