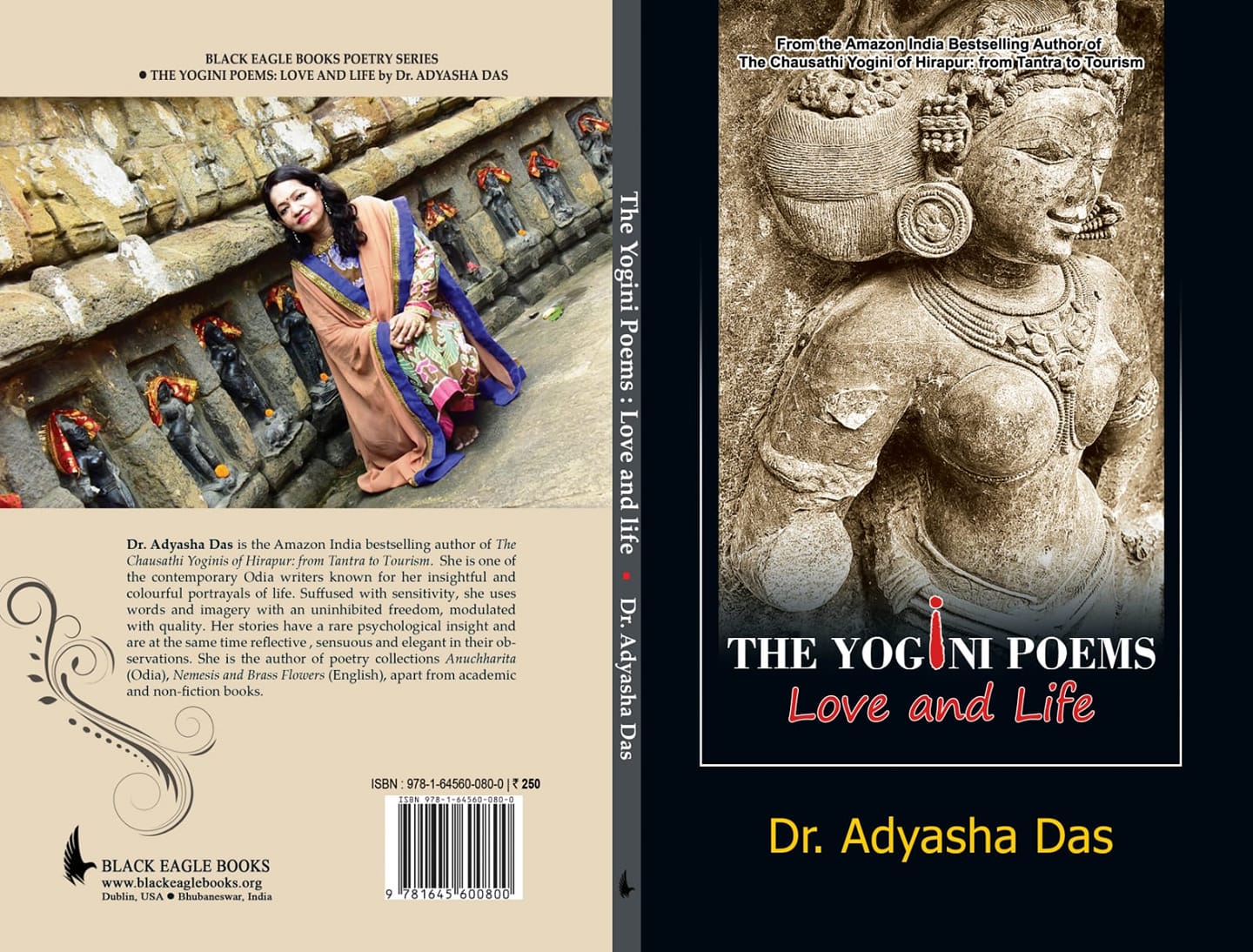 Bhubaneswar: Dr. Adyasha Das, well-known poet from Odisha has released her fourth book of poems, “The Yogini Poems: Love and Life”, based on the Chausathi Yoginis of Hirapur. Her first non-fiction book on the Yoginis , “The Chausathi Yoginis of Hirapur: from Tantra toTourism” went on to earn the tag of Amazon Bestseller and remained among the top ten for four consecutive months. Not far from the capital city, Bhubaneswar, yet non-descript and forgotten lies the Chausath Yogini temple of Hirapur, dating back to the 8th/9th century A.D. renowned for the innumerable sculptural pantheons of Yogini deities.
A pronounced sense of sacredness and spirituality characterizes these women of the mystic Yogini cult which venerates the all powerful Divine female figure, the “Yogini”. The enigma of these tantric goddesses has intrigued the author and these poems are a tribute to the forgotten Yoginis . They are an attempt to write about the silence, light and space in the life and love meanderings of the Yoginis. The book carries many photographs along with the poems. The book has been published by Black Eagle Books, Ohio USA, the publisher of Adyasha’s first book as well. The Director, Satya Pattanaik timed the global release of this book on the occasion of the completion of one year of the first book.