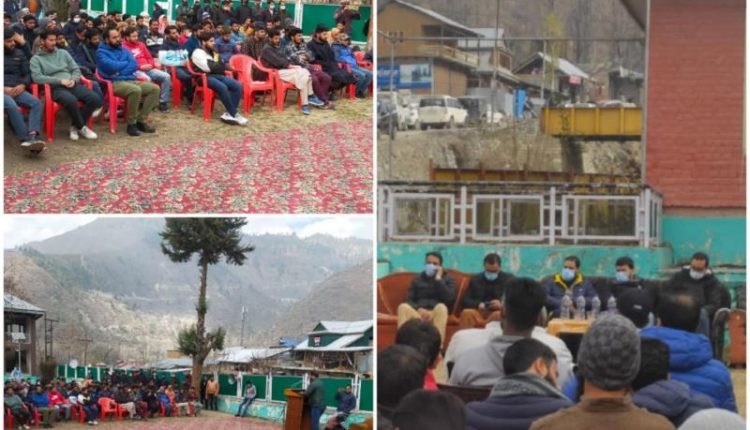 The book has been edited by Dr. Fayaz Ahmad, Assistant Professor in the Markaz-i-Noor, Centre for Shaikh ul Aalam Studies, KU.

Professor Qayyum said that the message of Shaikh ul Aalam possesses universal appeal that has added relevance in the present times. He asserted that Shaikh ul Aalam’s character and role has been that of a standard-bearer in the collective spiritual and social life of Kashmir which continues to act like a guiding force in today’s era. The need of the hour is to spread and promote the message contained in his sayings and teachings as much as we can, he maintained.

‘Disseminating the message of Shaikh ulAalam by way of translating it into various languages is one way of making it known to the world, he said while praising the author of the book’.

He said that the already approved Abdul Ahad Azad Chair for the College shall be formally established soon which will greatly help in production and promotion of research work with regard to history, culture and literature of Kashmir. He promised a grand library and a museum that will have sufficient books and heritage objects about Kashmiri language and culture.

Professor Basher Bashir expressed happiness and gratitude that readers have appreciated his work and his earlier book on Shaikh ulAalam studies titled ‘Yemen Padan Me Vitchaar Guchui’ was awarded by Sahitiya Akademi, the highest literary organization of the country in 2010.

Dr Khurshid highlighted his association with Professor Bashar Bashir and mentioned the new proposals of Cluster University regarding opening of such courses related to gender studies and Kashmiri culture.

Dr. Tanveer gave an overview of the book and the views of the author related to various aspects of Shaikh ulAalam’s philosophy.

Prof Shad Ramzan highlighted the importance of studies on Shaikh ulAalam and called him the greatest poet of Kashmiri language.

Dean School of Humanities, Cluster University of Srinagar, Professor Deeba Sarmad, while stressing the importance of inter-disciplinary research, in her speech recalled and praised the efforts undertaken by Professor Basher Bashir during the latter’s stint as the Chairman of the Shaikh ul Aalam Centre.

iednewsdesk Jan 28, 2022
A new study led by the Department of Geosciences and Natural Resource Management at UCPH sheds light on a complex…