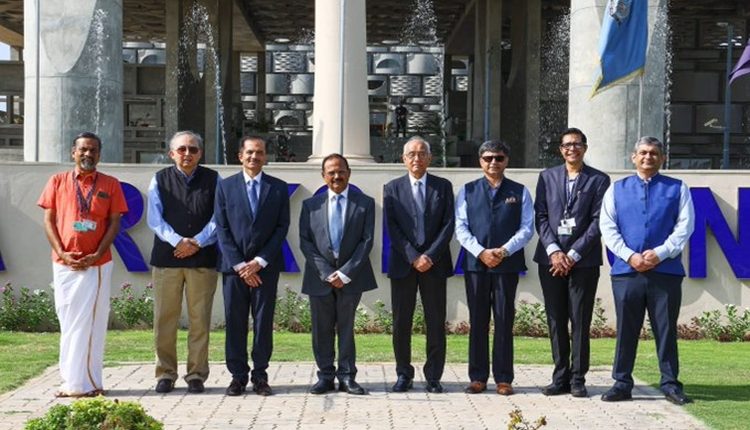 Lavad: The National Security Advisor Ajit Doval today visited Rashtriya Raksha University RRU at Lavad near Gandhinagar in Gujarat. He along with the Deputy National Security Advisors Rajinder Khanna and members of the National Security Advisory Board has assessed the academic and research set up at the University. Mr Doval also attended detailed briefings of the Information Technology Labs on Geo-Intelligence Systems, OSINT, AI etc. He was also briefed about the various programmes run by the University in the domain of police administration, defence and strategic studies, maritime and coastal security, IT and AI, criminology and behavioural sciences and international relations and strategic languages.

According to official sources, he shared extensive feedback while congratulating the University for its success and achievements in a short span. Mr Doval emphasized that the University should adopt an empirical research model and develop a solutions-oriented approach to map and understand the nations’ most pressing security challenges. He emphasized developing a generation of security-oriented citizens who are empowered to take up new challenges in the domain of national security while being fully integrated into the economy.

Later, the NSA and his team undertook the National Security Advisory Board meeting behind closed doors. The visiting delegation departed the University after being fully briefed about the key role of Rashtriya Raksha University in the field of national security.