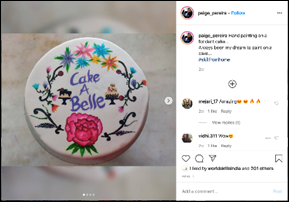 New Delhi: In line with its vision to drive citizens of the country towards improving and adding to their skill-sets, National Skill Development Corporation (NSDC) ran a social media campaign #SkillFromHome to inspire youth to showcase their skills during the nationwide lockdown. The campaign was rolled out on IndiaSkills’ official pages across Facebook, Twitter and Instagram and received tremendous response from the users.

While the nation stands united in support of the government’s efforts to combat the spread of COVID-19 by staying at home, NSDC is ramping up its infrastructure and has also created multiple platforms through which the youth of the country can develop their skills to match the demands of the evolving industries and the future of commerce.

As part of this contest-based, organic campaign, participants were encouraged to share their skills through a video or a photo and upload it on social media using #SkillFromHome tagging IndiaSkills official handle. Entrants were also encouraged to change their profile names to “Skill from Home”. The campaign received over 375 entries from youth across the country vying to win some exciting prizes.

IIM Kashipur successfully concluded the Third edition of the…

The campaign was rolled out on March 31st and concluded on April 20th, 2020 after generating a total of 2.2 million impressions and inspiring hundreds of thousands more towards developing their skills on their own while they are at home during the lockdown period. It is important to note that the campaign was timed to go live right after the announcement of a nationwide lockdown, where the aim was to channelize people’s energy into more productive means, while still imparting skills.

Aimed at actual grassroots and skill aspirants, NSDC collaborated with some prominent thought leaders in skilling space, right from baking to crafts, to ensure large-scale participation in the contest from youth across various skill categories. Featured in Forbes 30 under 30 Asia, renowned Pastry Chef Vinesh Johny – Co-founder of Lavonne Academy of Baking Science & Pastry Arts shared a video of himself making eggless chocolate chip cookies to inspire aspiring bakers to utilize this time to brush up their baking expertise.

IndiaSkills Gold Medal winner in Beauty Therapy, Mahima Gandhi who represented the country at WorldSkills Kazan in 2019, shared a video tutorial on how to do a basic eye makeup to urge budding makeup artists to get creative with their makeup skills. The focus was towards driving authentic participation using relevant influencers instead of a mass spray and pray tactic.

20,000 entrepreneurs from across India to join the Biggest Online Business Talk on ‘Ways to Shield and Reinvent Businesses during the COVID 19 crisis’; all set to a Guinness World Record

Public Lecture by Professor Hubert Gijzen at the University of Nairobi, Kenya