NUS research shows CO2 could be stored below ocean floor

Climate change is one of the most pressing challenges facing humanity. To combat its potentially catastrophic effects, scientists are searching for new technologies that could help the world reach carbon neutrality.

One potential solution that is drawing growing attention is to capture and store carbon dioxide (CO2) emissions in the form of hydrates under ocean floor sediments, kept in place by the natural pressure created by the weight of the seawater above. A major question, however, has been how stable this stored CO2 would be for the extended periods of storage required to keep the carbon in place and out of the atmosphere.

Now researchers from NUS Department of Chemical and Biomolecular Engineering have demonstrated the first-ever experimental evidence of the stability of CO2 hydrates in oceanic sediments – an essential step in making this carbon storage technology a viable reality.

“It’s the first of its kind experimental evidence that we hope is going to spur further activity on this technology development,” said Professor Praveen Linga, the lead researcher of the study. The team’s findings – part of a project funded through the Singapore Energy Centre – were first published in scientific journal Chemical Engineering Journal.

Using a specially designed laboratory reactor the NUS team showed that CO2 hydrates can remain stable in oceanic sediments for a period of up to 30 days. Going forward, the team says, the same process can be used to validate the stability of CO2 hydrates for much longer periods. 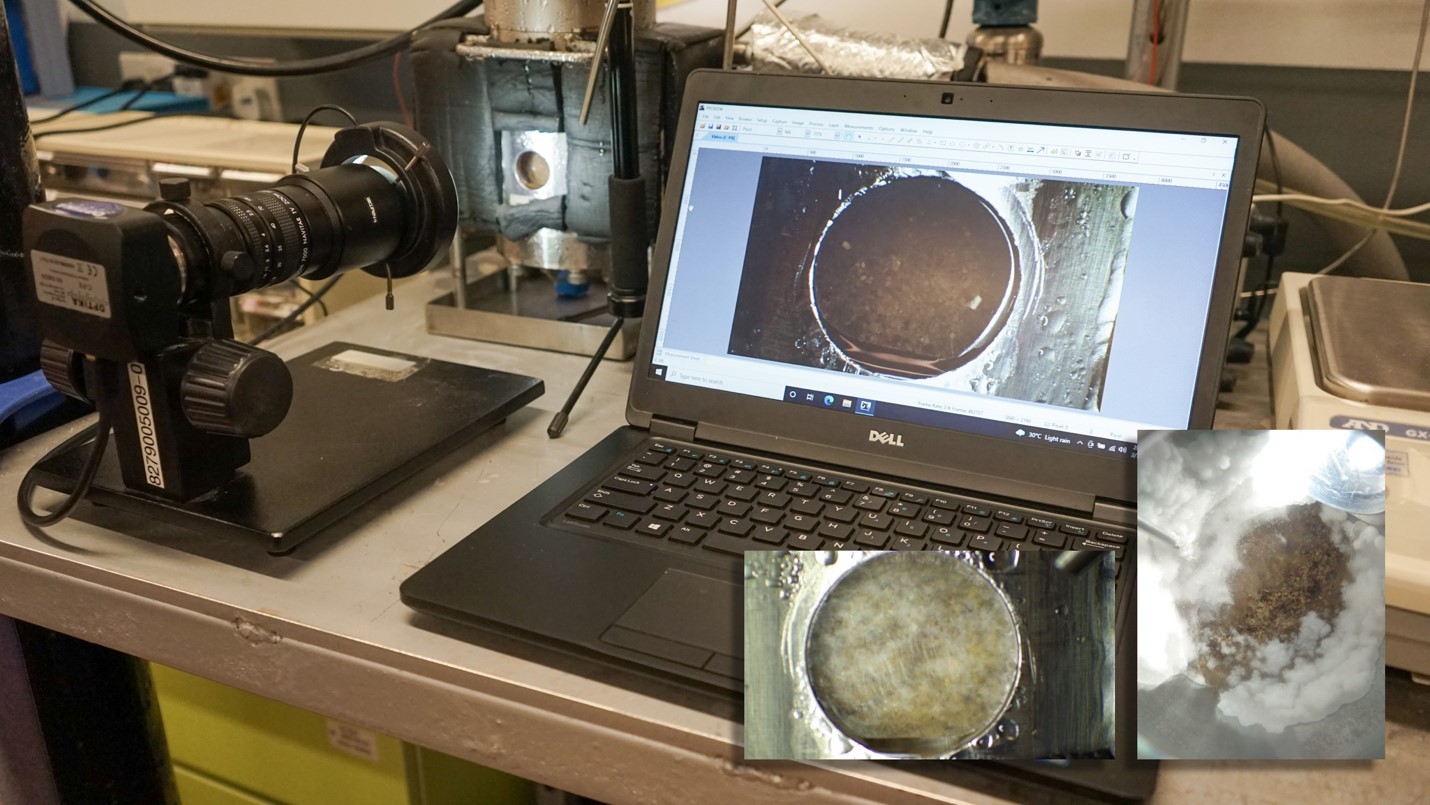 At low-temperature and under high-pressure conditions created by the ocean, CO2 can be trapped within water molecules, forming an ice-like substance. These CO2 hydrates form at a temperature just above the freezing point of water and can store as much as 184 cubic metres of CO2 in one cubic meter of hydrates.

The presence of huge volumes of methane hydrates in similar locations around the world and their safe existence presents a natural analogy to support the belief that CO2 hydrates will remain stable and safe if stored in deep-oceanic sediments.

The research team says that this technology could eventually be developed into a commercial-scale process, allowing countries like Singapore to efficiently sequester more than two million tons of CO2 annually as hydrates to meet emission reduction targets. 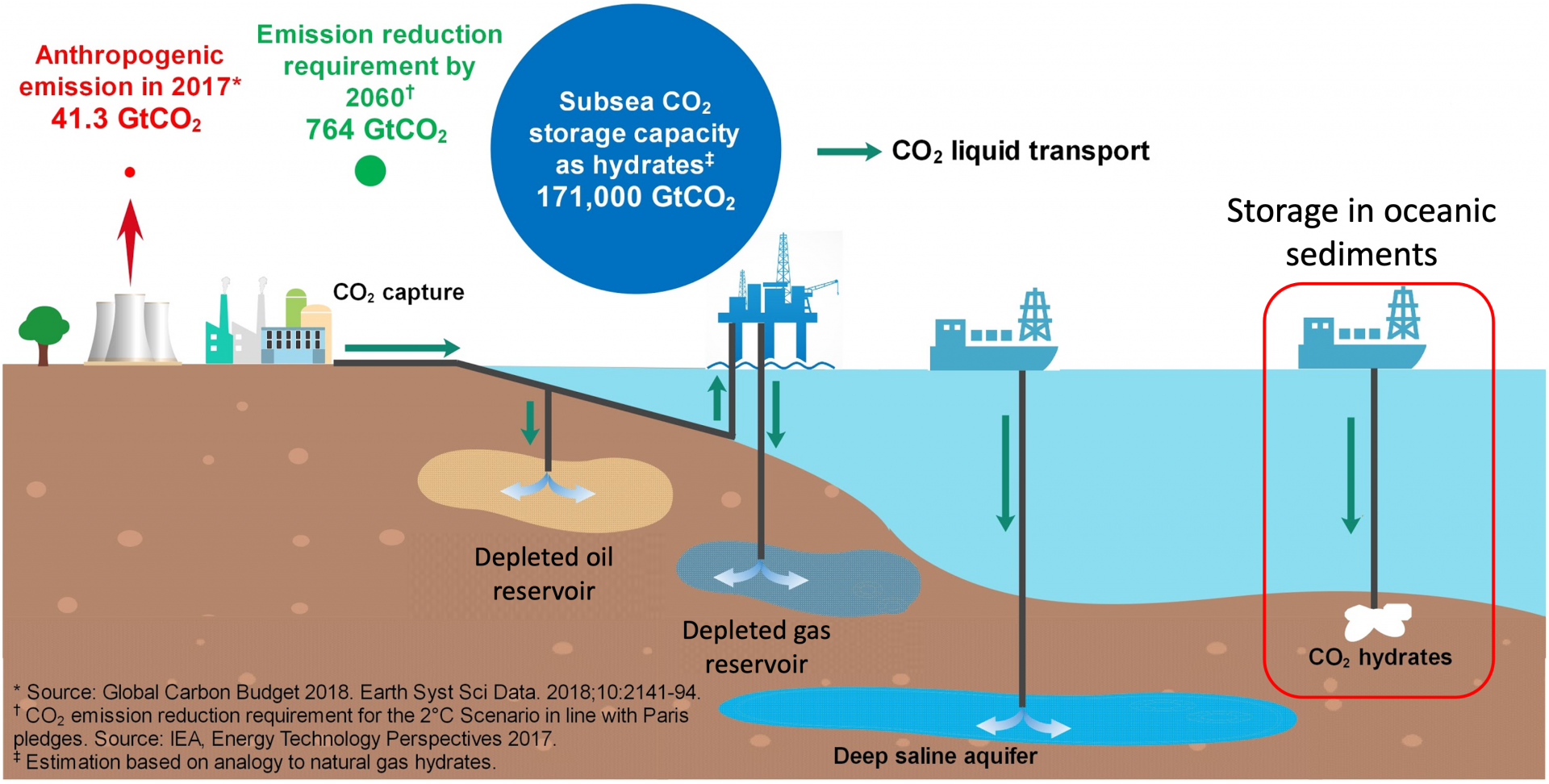 Working with specially designed equipment, Prof Linga and his team recreated the conditions of the deep ocean floor, where temperatures range between 2°C to 6°C and pressures are 100 times higher than what we experience at sea level.  Creating a macro-scale reactor that could maintain such conditions was challenging and is one of the reasons why experiments to test the stability of CO2 hydrates were previously not possible. The NUS team overcame this challenge using an in-house designed pressurised vessel, lined with a silica sand bed, which imitated ocean sediments. 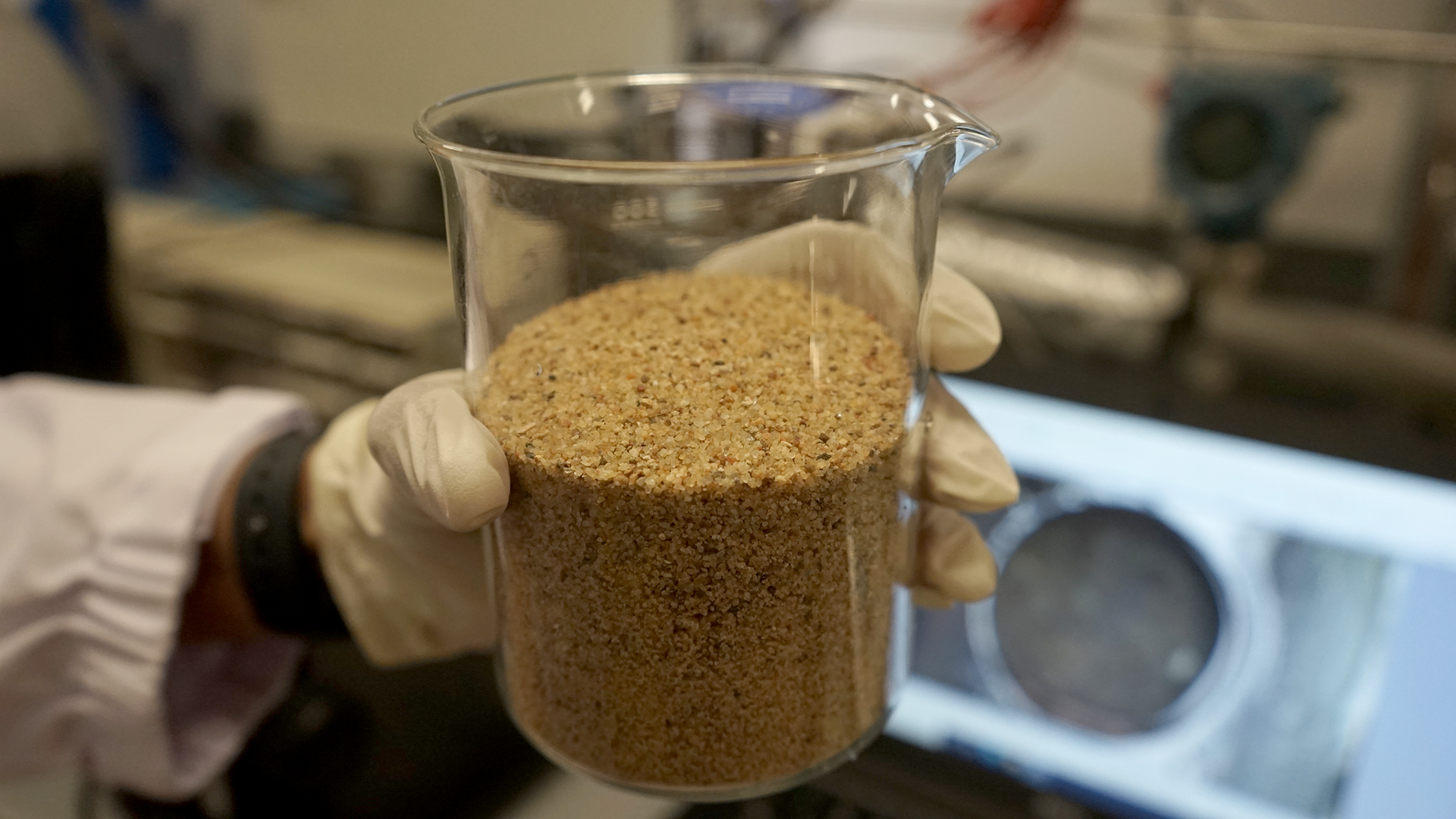 A silica sand bed is used to imitate ocean sediments.

The team was able to form solid hydrates on top and within the silica sand bed and transitioned the pressurised vessel to mimic oceanic conditions to observe the stability of the formed solid CO2 hydrates in sediments. Under pressurised conditions, the hydrates were observed for 14 to 30 days and were found to show a high degree of stability.

This hydrate technology would allow nations to sequester large volumes of carbon emissions in deep-ocean geological formations in addition to how it is currently stored in depleted oil and gas reserves and saline aquifer formations. For countries like Singapore, which has set a target to become carbon neutral by 2050, the technology could be a significant tool for reducing CO2 emissions.

“In order to achieve carbon-neutrality targets, we have to look at new options that provide scale and speed to sequester CO2. Deep-ocean sequestration in sediments as CO2 hydrates is a promising solution,” said Prof Linga. 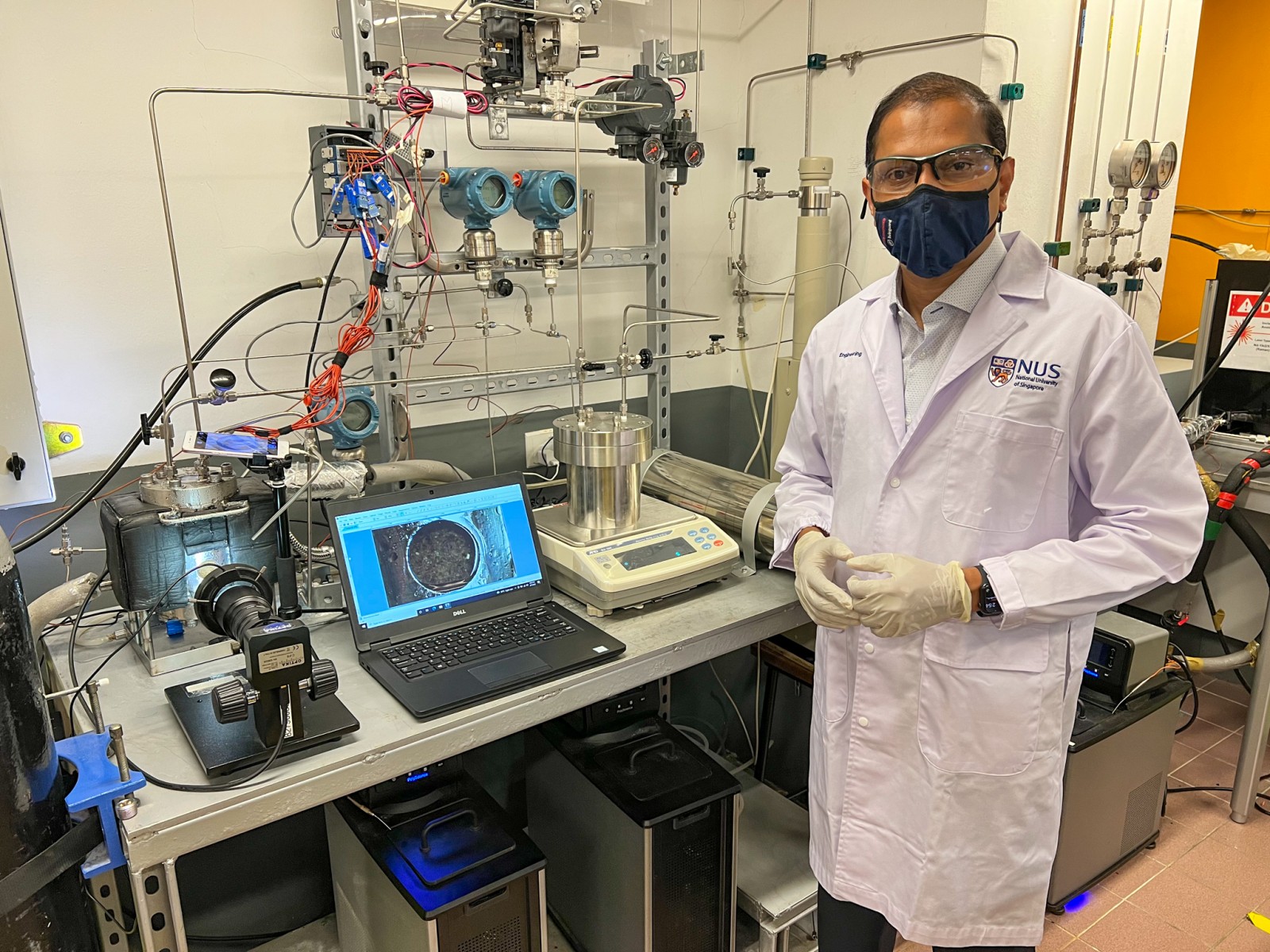 Prof Linga showing the experimental setup to recreate the conditions of the deep ocean floor.

The next step for the team will be to scale up the experiment’s volume and timescale.

“From an experimental standpoint, we are planning to scale up by 10 times along with further innovations to develop quantifiable tools and methods for the technology,” said Prof Linga. Moving forward, he said, the team aimed soon to demonstrate six months stability for the CO2 hydrates.

The team’s recently announced funding under the Low-Carbon Energy Research Funding Initiative from the Singapore government to develop cutting-edge low-carbon energy technology solutions will greatly support the development of this storage technology. With the planned future experiments, the team hopes to develop and validate models that can predict the stability of CO2 hydrates thousands of years into the future.