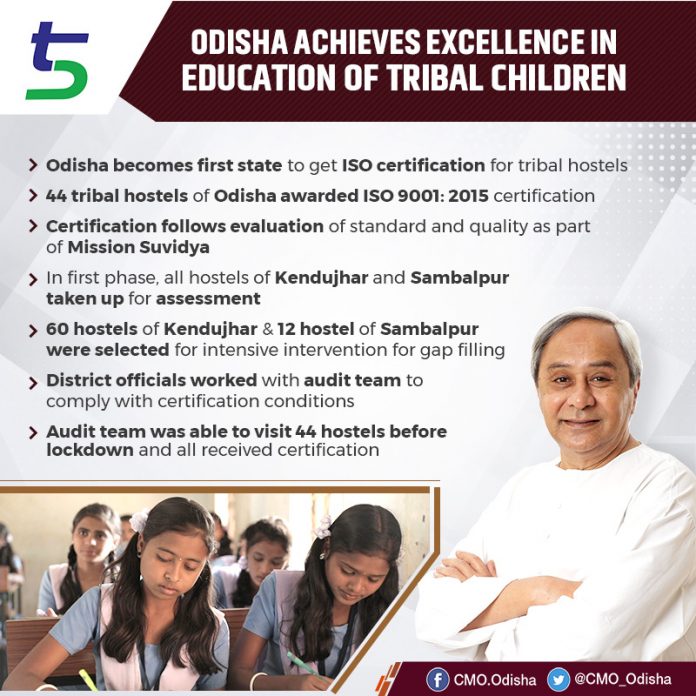 Bhubaneswar: Odisha became the first state in the country to get the ISO 9001:2015 certification for its 44 tribal hostels. QCI conducted a comprehensive assessment & evaluation of ST & SC hostels leading to quality assurance & sustenance.

Odisha’s 44 tribal hostels have received ISO certification becoming first state in the country to receive such certification by improving their standards under Mission Suvidya. In first phase, all hostels of Kendujhar and Sambalpur were taken up for assessment. The recognition is testament to the excellence of the state ST and SC Welfare Department’s ‘ Mission Suvidya’ project that seeks to establish uniform standard infrastructure, including amenities and human resources, at all tribal hostels.

AIPH University Hosts International Workshop: “Substantial Reduction in Stunting in Odisha & India Should be a Priority”