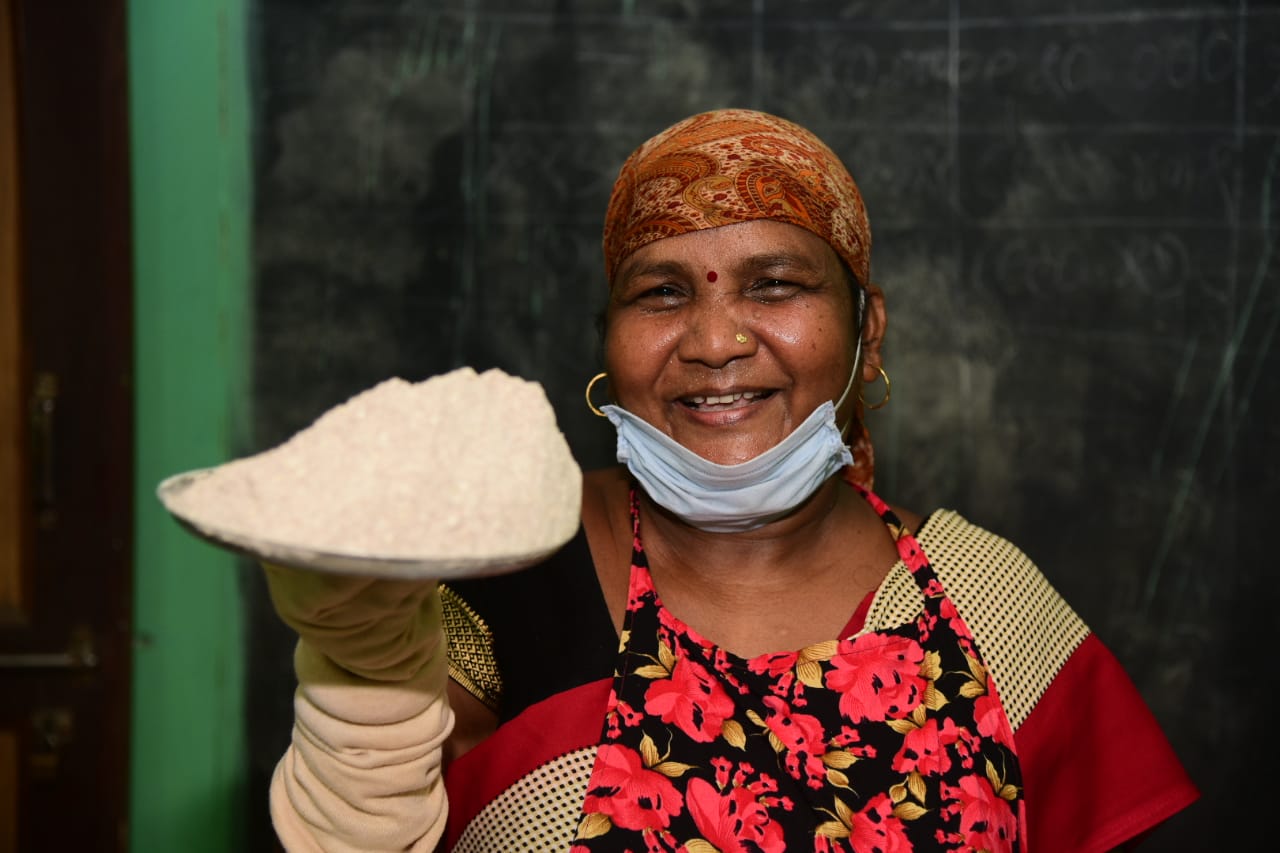 Bhubaneswar: Ragi ladoos have been introduced as morning snacks for preschool children in Supplementary Nutrition Programme(SNP)under ICDS in Keonjhar and
Sundergarh districts with support of Women & Child Development and Mission Shakti with technical support from Odisha Millets Mission and financial support
from District Mineral Foundation of the respective district. Central Food Technical Research Institute(CFTRI), Mysore is the technical partner for implementation of
the pilot. The programme has beenpiloted in 335 AWCs of Keonjhar Sadar in July, 2020. Recently on the Independence Day, Sundergarh district has launched the
pilot in 549 AWCs under3 blocks i.e Hemgir, Tangarpali and Sadar. The district has also introduced spirulina chikki for preschool children in Lephripada block.The
initiative willbe scaled up in the entire district after successful implementation of the pilot.
Introduction of Ragi Ladoos in SNP is a part of the ongoing “Special Programme for Promotion of Millets in Tribal-cum-Mining Areas of Keonjhar under DMF” (Odisha Millets Mission). The core objective of the mission is to revive millets in farms and on plates through integrated efforts on increasing production, consumption, processing and marketing of millets.
The objective of the programme is to improve the nutritional status of preschoolchildren and to promote millets by reviving the age-old traditional culture of
millet consumption once prevalent among the tribal communities of Keonjhar. The programme will also ensure dietary diversity for the preschool children. The ragi
ladoos are in addition to the existing entitlements of morning snacks under SNP. The provisions include 2 ragi ladoos per week per child in Keonjhar district and 4
ladoos per week per child in Sundergarh district. Modalities for preparation, packaging and capacity building of ICDS functionaries & SHGs are some of the
major tasks in the pilot phase.

Dudes and Dolls World, by Ritesh Rawal, an innovation in the…

Local SHGs have been roped in for preparation of a premix for the ragi ladoos. They have been adequately trained on storage of ragi, preparation of ragi
flour and premix for the ladoos. Currently, due to closure of Anganwadi Centres(AWCs), the premix is being provided at the households of the children.Mothers have been counselled to prepare the ladoos and serve the same to the children. Once the AWCs open, the Anganwadi Helpers will use the ragi ladoo mix to prepare ladoos from the mix and serve them to children on Wednesdays and Saturdays.The initiative will provide an additional source of income to Women’s SHGs, an assured price to farmers for ragi and will boost local production of ragi and other millets. This joint initiative will potentially transform the nutritional status of the preschoolchildren and the nutrition scenario of these districts.

India Education Diary Bureau Admin Mar 7, 2021
Prof. Martha C. Nussbaum, a philosopher whose prolific and influential contributions have made her one of the…