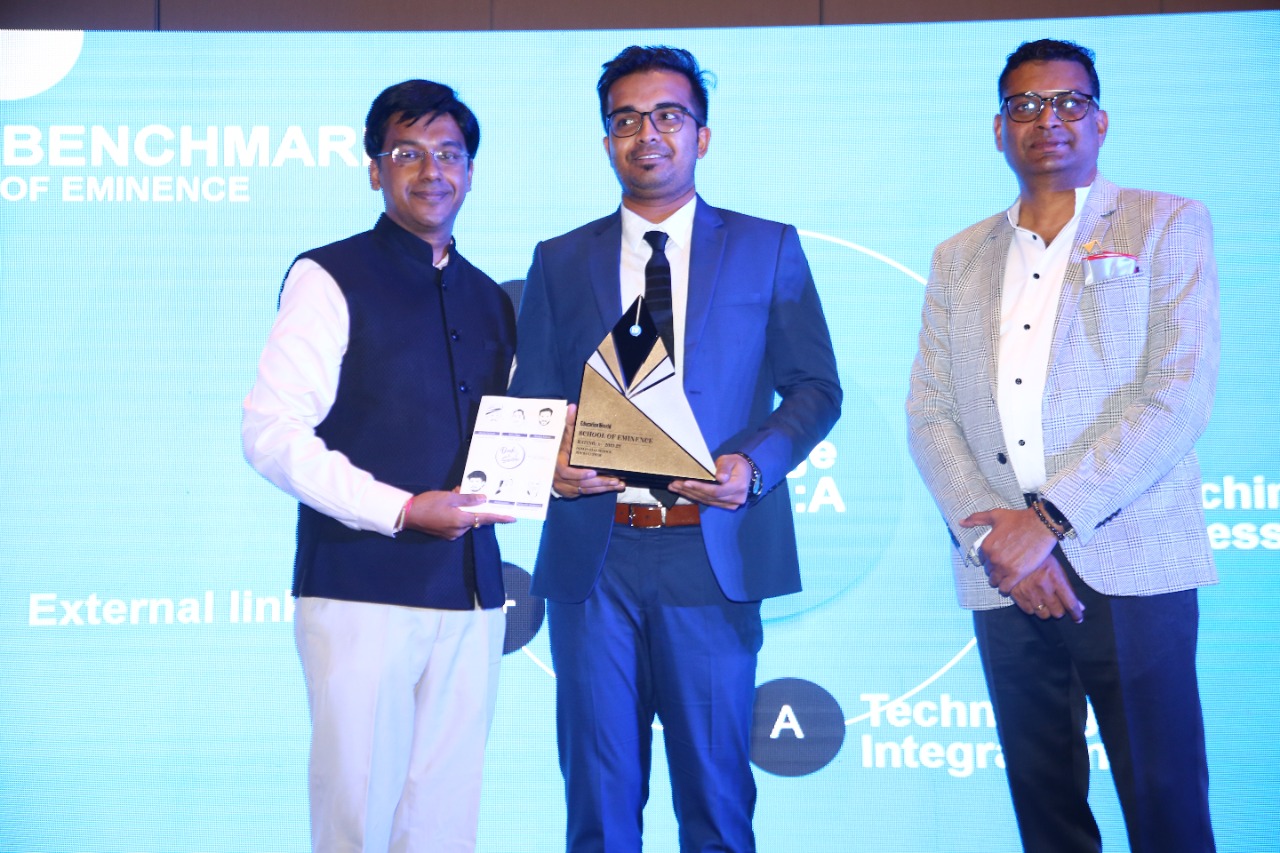 New Delhi: ODM Public School, a pioneer educational institution, received the School of Eminence Award 2021-2022 from Education World India in the Eastern and Southern Zone, recently. Adding another feather to their illustrious cap, the institution has received the coveted A+ rating for its unmatched commitment to the field of education.

Swoyan Satyendu, Director, ODM Public School received the award. This prestigious award was given to just 26 schools in the Eastern and Southern Zones out of at least 7,00,000+ schools. According to reports, the schools were rated on 5 key parameters – Infrastructure, Teaching and Assessment, External Linkages, Sports and Co-Curriculars, and Technology Integration.

Expressing his gratitude, Swoyan Satyendu, Director, ODM Public School said, “what distinguishes ODM Public School is its commitment to modern education. The school is on a mission to instil modern education with traditional values and to give a platform for every child to discover their potential and become world leaders in the domain of their choice, all while having fun.” Talking about the use of modern technology in the school, he added, “We have embraced technology and utilised it to the best advantage in preparing pupils for the future. The futuristic approach sets us apart. We strive not just to instil excellence in our pupils, but also to help them build character to become better citizens.”

The School of Eminence Award is organised every year to recognise the efforts of educational institutions to provide excellent teaching and learning experiences for the benefit of students, parents, and the country as a whole.

ODM Public School, a pioneer educational institution, has served the cause of child development and education since its inception. ODM Public School has won many awards and accolades for its contribution to the field of education. The school is ranked as No. 1 School of Odisha, by the Times of India School Survey Rankings. It won three prizes at the National School Awards 2019: Best Residential School of India, Most Technically Advanced School, and Outstanding Contribution in the Field of Education to our Chairman Dr Satyabrata Minaketan, ODM Educational Group. The school has also been named Forbes India’s Great Indian School for 2018, and the list goes on.