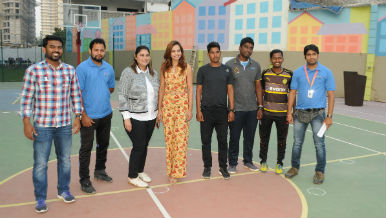 New Delhi: The weekend was a colourful occasion for OES International School as they celebrated their annual sports day. The occasion was graced by Wasim Javed Khan, Kapil Pathare, Lizaa Malik, Akanksha Singh & many more.

The whole playground was decorated with lights, flags, buntings and balloons. The programme commenced with a melodious prayer and song which was followed by the lighting of the torch. The chief guest took the salute and then the oath ceremony was held. The event was followed by the hoisting of the flag by their esteemed dignitaries who declared the sports meet open & encouraged the students to do their best.

Ms. Manju Borkar said “Annual Sports Day is an important event in the life of every school. Sports themselves have a vital role in making a child sound physically as well as mentally. OES International School encourages every student to participate in our annual sports day & explore their sportsmen side”