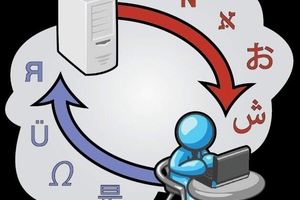 Olympiad in English at IFKSiT

The Institute of Physical Culture, Sports and Tourism hosted events within the framework of the interuniversity student Olympiad on editing machine translation, organized by the Department of Foreign Languages ​​in the Humanities.
This year, the Olympiad, which has already become traditional, is being held under the slogan “A world without terrorism, violence and social inequality!” (“Combating Terrorism, Violence and Social Division!”) And aims to draw the attention of young people to such socially significant issues as terrorism and violence, as well as to help reflect on the need and ways to combat these negative phenomena.

The first stage of the Olympiad included training in editing texts translated from English into Russian using the Google Translate translation service. The completion of the qualifying stage was the implementation of a competitive monolingual editing of the text of relevant topics, in which 63 students of 1, 2 and 4 courses of training profiles “Hospitality” and “Tourism”, as well as 6 undergraduates took part. In the course of performing the competition task in study groups, students under the guidance of trainers – the head of the department of the Institute of Nuclear Physics of the Institute of Nuclear Research I.E. Abramova and a senior lecturer at the Institute for Nuclear Research, IIIa O. Nikolaeva – we tried to correct the maximum number of errors in the text of the translation made by the machine, in order to thereby adapt it as much as possible to the linguistic norms of the Russian language.

As a result of the event, the winning works in each of the training groups were determined, which passed to the finals and will serve as an editing model for future participants of the event.