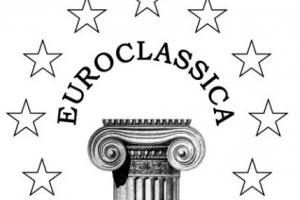 Traditionally, the beginning of the calendar year is marked by the holding of the All-European Olympiad in Latin and Ancient Greek “Euroclassics – 2020”, in which schoolchildren studying classical languages ​​from 27 countries take part. Among them are pupils of the 11th grade of the State Educational Institution “Gymnasium №30 named after DN Muzalev” in Petrozavodsk.
For more than 20 years, Latin has been included in the main curriculum of grades 10-11 in the chemical and biological direction. The teaching is carried out by representatives of the Petrozavodsk State University.

Knowledge in the field of Latin grammar, mythology and ancient culture was assessed by A.A. Skoropadskaya, Associate Professor of the Department of Classical Philology, Russian Literature and Journalism of PetrSU.

Despite the relatively small course of the Latin language (only 1 lesson per week in grades 10-11), annually among the Petrozavodsk schoolchildren, several prize winners of the Olympiad are revealed. For children, this is an interesting experience to try their hand at an optional subject, the tradition of studying which goes back millennia.

“Euroclassic” is an international association of teachers of ancient languages, which includes 27 European countries. The main goal of the association is to promote and promote classical languages, Latin and Ancient Greek. The association pays special attention to the inclusion of these languages ​​in school courses.

Start of the competition of stories in foreign languages ​​”Towards Spring”