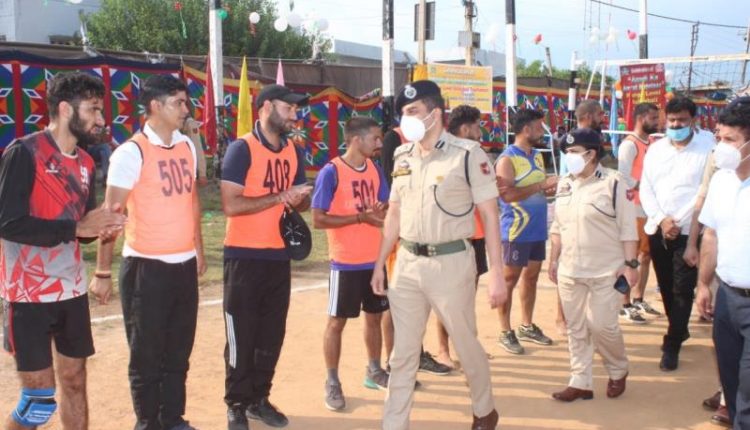 The tournament was inaugurated by Sargun Shukla, SSP and the concluding ceremony was presided over by Mohammad Sulaiman Choudhary DIG Udhampur Reasi Police Range.

Four teams from District Udhampur and District Reasi participated in the tournament. During the league matches, both the teams of Reasi won their matches against the volleyball teams of Udhampur and entered the final. Final match was played between Reasi (A) and Reasi (B) in which Team A Reasi won

Speaking on the occasion, Mohammad Sulaiman Choudhary, DIG Udhampur Reasi Police Range emphasised that it is the need of the hour to channelize the energies of the youth in positive way and for the healthy growth of the society, it is necessary that the youth are engaged in physical sports and games so that they are kept away from unhealthy activities.

A felicitation ceremony was held on the occasion during which Mohammad Sulaiman Choudhary, DIG Udhampur Reasi Police Range felicitated the teams and participating players.

This effort of the Police to encourage sports culture and provide healthy avenues to the youth was highly appreciated by the general public of District Udhampur and Reasi.